The Madibaz squad will be banking on the experience they gained from the Varsity Cricket tournament earlier this season to negotiate the Highveld conditions at the University Sport South Africa event next week.

The annual event takes place in Pretoria from December 5 to 9, the same city in which the Varsity Cricket event was played in October.

Nelson Mandela University will have two teams at the USSA A week, featuring in the A and B pools, with players from the Gqeberha and George campuses representing the institution.

Madibaz A coach Lefa Mosena, whose team is in pool A, said they were ready for the challenge of playing five 50-overs matches in five days.

“Pretoria is normally very hot in December and the pitches offer a lot more bounce and pace than our coastal pitches.”

However, he said, they were fortunate that they had been exposed to the conditions.

“It provided us with some valuable lessons on how to handle the requirements of performing in a different setting. We have also prepared some pitches at our grounds in Gqeberha to be faster than normal to simulate the conditions we will face in Pretoria.”

The Madibaz team finished fifth in the Varsity Cricket competition and Mosena said their goal was to improve on that. 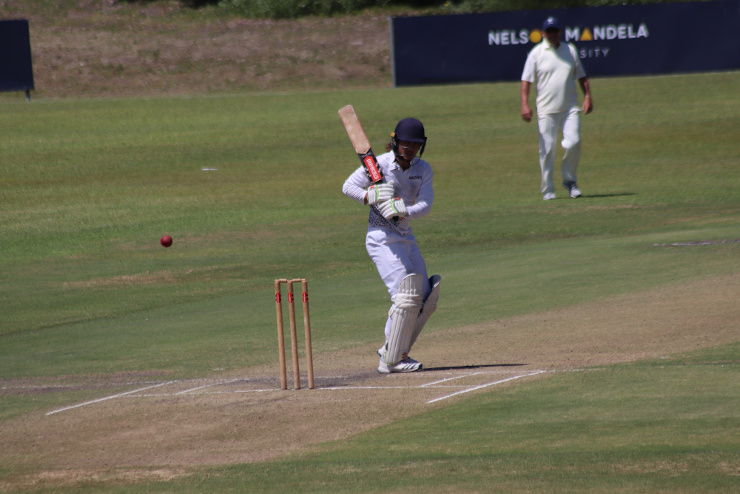 Madibaz batsman Erasmus Pretorius will be eager to make his mark when the Nelson Mandela University squad compete in the USSA cricket tournament in Pretoria, starting on Monday. Photo: Supplied

He is also looking forward to a full tournament after disruptions in the last three years.

“We have not been able to complete or compete in the past three USSA tournaments. Only one match was played in 2019 because of rain and then Covid prevented any tournaments in 2020 and 2021.”

All the players had important roles to play in pursuit of their goal of improving on their fifth-place finish from earlier this season, according to Mosena.

“There are a number of players who have been turning out for the Eastern Province Academy, so their knowledge and experience will help, especially in pressure situations.”

The Madibaz coach said they had enjoyed some good match preparation in the Nelson Mandela Bay leagues.

“We have competed in the Mayoral Twenty20 local league, where we were unbeaten. And we are currently busy with our 50-over league where we head the log after five matches.”

The team has also played warm-up matches against the Eastern Province U19 and Academy sides.

The team from Gqeberha will have to be on song from the start as they take on top sides UCT, NWU and UP-Tuks in their three pool games.

“For us, handling the heat and altitude will be a challenge, as well as the amount of work that will be required to get through five days of intense competition.”

The Madibaz’s opponents after the pool games will be based on where they finish in their section.