Although the Madibaz women’s water polo team have had significant success in recent times, they are braced for a fresh challenge at the University Sport South Africa tournament in Durban this week.

Nelson Mandela University will also send a men’s team to the event, which is hosted by Varsity College from Wednesday to Friday (December 7 to 9).

The women’s team have finished as high as third at previous USSA competitions and earlier this year they won the Currie Cup at the nationals in East London.

Yet coach Delaine Mentoor believed that they would have to be at their absolute best to maintain that high standard against their varsity rivals.

“I think our opponents will expect that high level of play from us, which will make each game even more difficult,” she said.

“We are not looking at the past because we don’t want that sort of pressure. Our focus is entirely on doing the best we can in the week.”

Mentoor said that with several new players in the mix the women’s outfit had a completely different look from the one that competed in the previous USSA tournament.

“But there are some experienced players in the team and, given that, I think they can do well.” 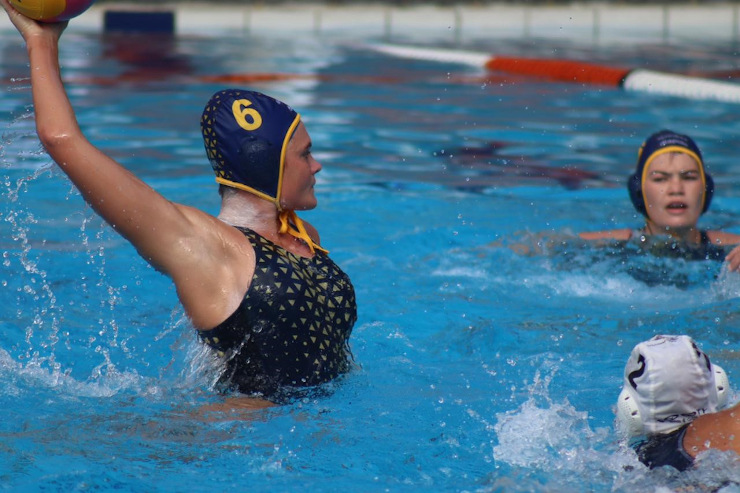 Madibaz and South Africa player Ashleigh Vaughan will be a key member of the women’s water polo team at the University Sport SA tournament in Durban from December 7 to 9. Photo: Supplied

She explained that they could count on a core group of players who had played together in the past and had ample experience. They include national players Meghan Maartens (in goals) and Ashleigh Vaughan as well as SA U20 player Erin Harty, Cassidy Holmes and Linzi Scholtz.

The men’s squad, on the other hand, had not competed in any major tournaments, according to Mentoor.

“Our top priority will be to work together as a team and if they are able to do that, I feel they can be competitive. We are really just excited to be able to send both teams again after the pandemic.”

In preparation, the players have been doing strength work in the gym at the High Performance Complex on campus. In addition, they have swimming and three to five skill and game sessions per week.

The first goal for both teams will be to safely negotiate the round-robin sections in the hope of qualifying for the playoffs.

“There are six sides in the women’s section and five in the men’s, so we play a round-robin and then go straight into the playoffs,” said Mentoor.

Maties and UCT were strong across the board and she believed they would pose the greatest threat in both sections to any team eyeing a top result.

“Varsity College have also done well to put together strong sides for both their teams, so I expect them to be competitive playing at home.”