Concentrating on their next move will not be the only thing on the minds of the Madibaz chess players when they compete in the annual University Sport South Africa tournament next week.

The gathering of the country’s finest student players will take place at the Sol Plaatjie University in Kimberley from December 5 to 9.

Madibaz coach Tinus Goosen said placing among the top players at the tournament would be a priority for many on the team as it would put them in a position to receive higher honours.

“It will be an incentive because if they finish in the top five or top 10 they will have a chance of appearing in national and international events.”

He said the USSA office is set to confirm the dates of such upcoming competitions during the event.

The Madibaz contingent of six will compete as individuals. The team includes Gerald Wagner and Kaneesha de Kock, both of whom have made their mark in South African chess this year.

Wagner was a member of the USSA team that competed in the World University Championships in Belgium in September. De Kock attended the Cucsa Games in Malawi, where the USSA team placed second.

As they were competing as individuals, Goosen explained that the players would have their own goals. 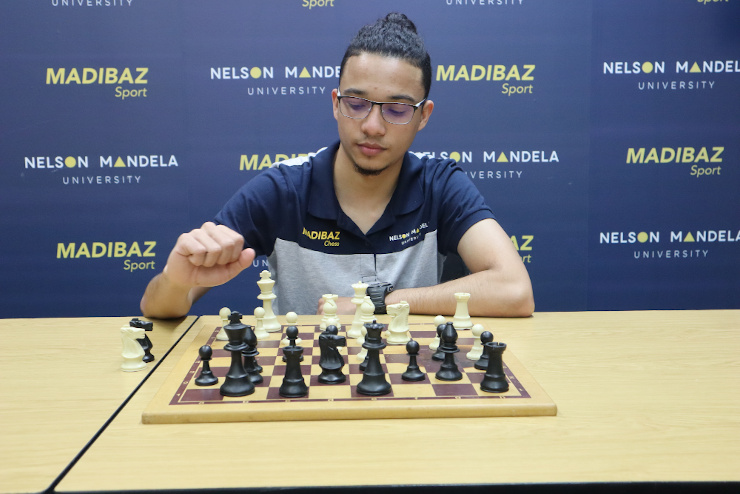 In a year in which the Madibaz chess prodigy competed internationally, Gerald Wagner will be looking for a good performance at the USSA tournament in Kimberley next week. Photo: Supplied

Madibaz Chess chairperson Rebaone Balerileng said the players had prepared by playing both online and over the board (OTB) tournaments.

“Some of these had guest appearances from strong players in the Nelson Mandela Bay region.”

He said there had been several OTB tournaments in the lead-up to the USSA event. These included the Madibaz chess festival (consisting of blitz, team rapid and open competitions), Madibaz Physics tournament and Madibaz club championships.

The USSA squad are currently being put through their moves by Goosen at the Madibaz stadium clubhouse.

Balerileng felt the fact that they would be competing as individuals could present the greatest challenge at the tournament.

“It’s possibly a bit awkward to be from the same club and prepare together, but when you get to the tournament you could end up playing your Madibaz colleague,” he said.

“Nonetheless, I know everyone wants to achieve higher honours so playing good chess and gaining improved ratings and experience are the aspects we are all looking forward to.”