As a player she overcame challenges at the highest level. Now, new University of Johannesburg hockey coach Tsoanelo Pholo is keen to bring a competitive edge to the varsity’s women’s team this year.

The 35-year-old former South African star, who scored seven goals in 53 internationals before retiring in 2010, joined the management team late last year and is relishing the chance to pursue her passion for the game at UJ.

She has no doubt that the squad have the potential to make an impact in student hockey in the country.

“The UJ hockey set-up is on its way back to being as professional as the top teams in the world,” said Pholo.

“I am a very competitive individual so I am here to achieve nothing but positive results.”

She said it was still too early for her to provide an accurate assessment of the squad, but she added that “I can tell you there is some exciting talent at UJ”.

Pholo said their main goals for the year were the Varsity Hockey tournament, in which the women play every alternate year, as well as the University Sport South Africa week and the Southern Gauteng premier league.

Having grown up in Maseru, Lesotho, Pholo moved to Johannesburg when she was nine and now lives in Midrand.

Her appointment came about after she received a call from UJ late last year. She said she had managed to make the transition from international player to coach without a hitch.

“It wasn’t easy to retire as a player to pursue my dream of becoming a world-class coach, but I have been coaching for 19 years so it wasn’t an unnatural transition,” she said.

She has quickly made her mark as a coach. Besides taking charge of a number of representative teams, she guided the South African U18 team to the semifinals of the Youth Olympic Games last year.

Pholo has also qualified at the highest level (level 4) in the Federation of International Hockey structures, which she achieved in 2018.

“I am passionate about hockey and the development of the next generation of players,” she said.

“My goal is to be a catalyst in spreading the sport to every corner of South Africa; every township, small or rural town, mining communities and urban areas. I am actively seeking opportunities that support this goal.

“Coaching is about seeing the potential in every player and being the catalyst to bringing the best out of individual players. It is about being the glue that connects all that talent in a team.” 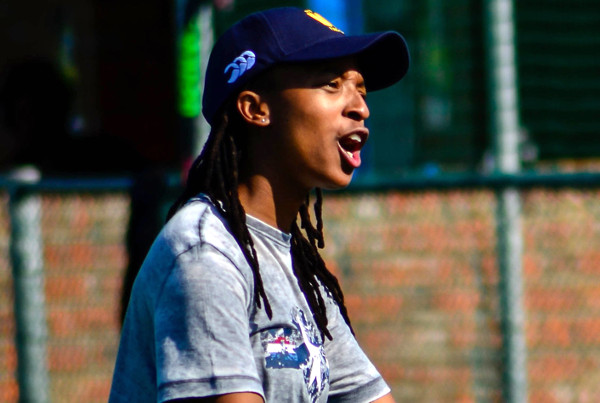 Former South African star Tsoanelo Pholo has been appointed as the women’s hockey coach at the University of Johannesburg. Photo: Supplied