Cyclists can expect another high-quality offering when the East Rand Classic road cycle race takes place in Johannesburg on April 28, with the event having been enhanced by a number of changes.

The main difference from previous years is that the venue has moved from Emperors Palace in Kempton Park just up the road to the Airports Company South Africa (Acsa) parkade, adjacent to the OR Tambo International airport.

Erick Oosthuizen, chief executive of race organisers ASG Events, said they had made the change as, due to some logistical challenges, Emperors were no longer able to host the event.

“It is a great pity and we thank them for their hospitality over the last couple of years,” he said of the hosts for the race formerly known as the Emperors Palace Classic.

“We then had to source another venue that would have safe access and egress, with little impact on the existing routes.”

Happily for them, Acsa stepped into the breach, which Oosthuizen said brought a number of positive aspects to the overall offering.

“We are excited with the new venue and want to thank Acsa for helping us out.

“We feel this will be a very handy venue for future use. We understand that it might not be the most scenic of venues, but we believe it is the perfect fit for what we need.”

He said the chief benefit would be that of accessibility and safety.

“We will have the entire venue to ourselves and, therefore, we can make it safe. We will finish away from the public roads and there is plenty of shade [carports], which is always handy.”

Oosthuizen added that the parkade was a former long-term parking area for the airport, which it no longer used.

“It is directly south of the airport, very close to Emperors Palace.

“This means that the route is virtually unchanged as the two venues [Emperors and Acsa] are only 2.5km from one another. It will just be the first few kilometres and the last stretch that will have a slightly different look.”

He said they had opted for the new name because people were so familiar with the region.

“The East Rand is such a household name, similar to the West Rand, so it was a natural development to give this iconic race the name of East Rand Classic.

“We think the autumn date is perfect for the cyclists and the industry as a whole.

“The first three months are jam-packed with events, but by the time of the East Rand Classic the heat will be a thing of the past and it should be one of those crisp fresh Highveld mornings.”

The event will comprise mountain-bike races of 50km and 25km on April 27, with road distances of 98km and 48km the next day. Entries close on April 3. 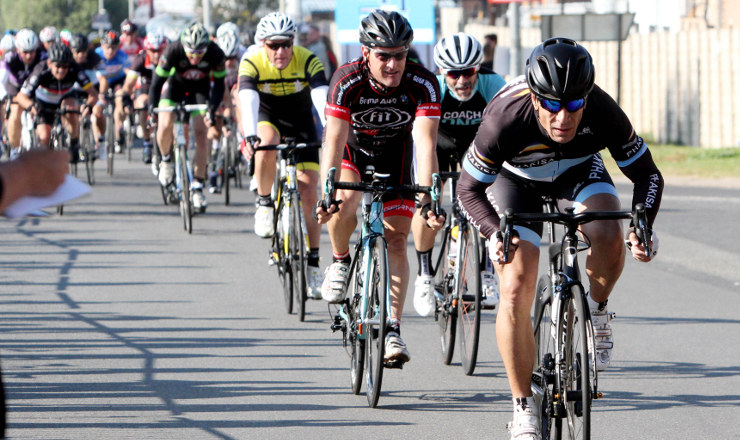