Spraying their crops to protect them against the onslaught of invasive weeds, fungi and insects was high on Habata Agri’s agenda last month.

To minimise the impact of these pesticides, the Kirkwood and Addo-based farming operation follows an integrated pest management (IPM) programme compiled by the technical team of the Sundays River Citrus Company (SRCC).

Habata operations manager Gary Webb explained the organisation made use of herbicides, insecticides and fungicides to protect their crops against various harmful elements.

“We use herbicides to keep our orchards clean and weed free. The weeds attract pests, which compete with the trees when it comes to fertiliser and water.”

Webb said insecticides protected against pests such as thrip and false codling moth, both of which fed on and damaged crops. Fungicides, he said, helped prevent citrus black spot, a fungal disease that caused a reduction in the quantity and quality of fruit.

Habata made the decision to introduce sterile false codling moths a few years ago and make use of mating disruption methods to combat the destructive insects, but Webb explained it was still necessary to use pesticides to prevent total destruction of their crops.

“Without pesticides, you would only be able to farm for juice and not have access to the European Union and other export markets.”

Apart from the IPM, he said they took additional measures to minimise the impact of pesticides. These include spraying at night when there is generally less wind to disperse the product and when bees are not out.

“We make use of scouts that go out every day to look for pests and other problems. We then base our decisions on certain parameters and therefore spray only when absolutely necessary.”

From cucurbits to citrus, Webb said every one of Habata’s products was protected to ensure the best possible production, an effort that required thousands of litres of pesticide annually.

“We’ve been using pesticides for years and although we don’t necessarily enjoy using them, we wouldn’t have a business if we didn’t.” 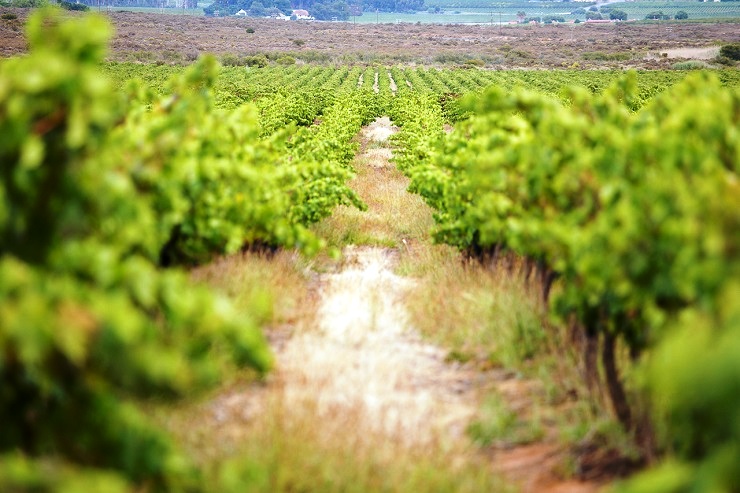 Habata Agri started spraying their crops in October to guard them against weeds, fungi and insects. Photo: Dewald Kirsten