Despite it being hit by a serious bout of frost last month, production at the Le Grand Chasseur wine farm is on track.

The farm, which is based just outside Robertson in the Western Cape, seldom experiences frost, but extreme weather this year meant things were different.

Production manager Jan Rabie explained the ongoing draught was the key contributing factor to the damaging black frost they experienced on October 5, a phenomenon that destroyed an estimated 10 per cent of their crops.

Black frost occurs as a result of insufficient moisture in the air. Instead of moisture settling on plants when temperatures reach zero or below, water in the tissue of crops freezes and causes severe damage.

In the early hours of that morning, Rabie and his team were out burning tyres to prevent the frost from causing excessive damage, but he admitted their actions were not as effective as he had hoped.

“The smoke helps to prevent the air from settling on the crops. The cold air descends, so when you burn a tyre the smoke pushes the cold air up and covers the crops.

He said it was the first time in a decade that they had been troubled by black frost.

“Because of the draught, we don’t have a lot of moisture in the soil. If soil is wet, it buffers your plant from the air temperature and it doesn’t reach those low temperatures, so the moisture helps prevent black frost.”

Due to a climate that was not conducive to frost, the Western Cape arm of Habata Agri did not have protective measures in place, said Rabie, but, after last month, he said they planned to install overhead irrigation to protect against further losses.

He explained that micro and overhead irrigation protected against frost because the water, although not warm, warmed up the surrounding air and created a buffer between crops and the freezing air.

“The irrigation goes on during the night, when temperatures start dipping towards zero or below, and the water heats up the atmosphere.”

In areas prone to frost, Rabie said they occasionally made use of helicopters and wind pumps to stir up the air.

Between the frost and draught, he was positive about the operation’s overall output for the year as their undamaged blocks of crops were in good health.

“Everything else looks very good and very healthy and I think the other blocks will make up for what we lost.” 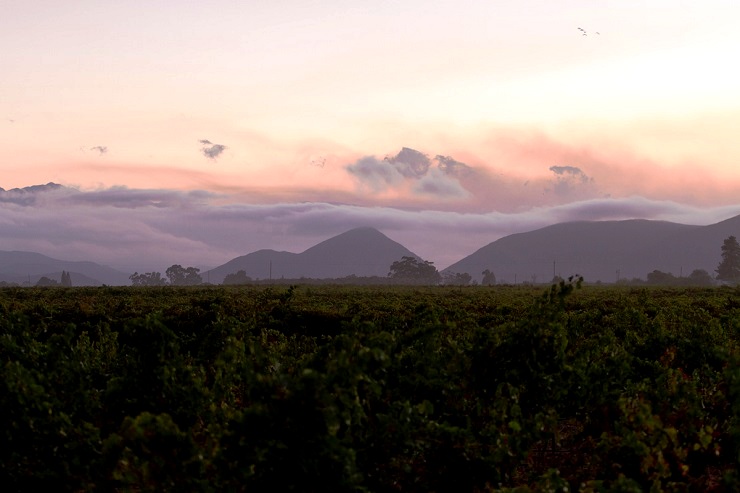 Despite experiencing the first black frost in 10 years, Le Grand Chasseur is on target to meet their expected output for the year. Photo: Dewald Kirsten