The Sardinia Bay Golf and Wildlife Estate is beefing up its security, with a series of fencing upgrades currently under way along the whole 4.8km perimeter of the estate.

Work on the project started a week ago and is due for completion at the end of March, said estate manager Matthew Gibbs.

“The entire northern section of fencing, about 800 metres in length, is going to be replaced completely,” Gibbs said.

“For the rest of the boundary, the electric wiring will be upgraded and there are more posts to be erected.

Gibbs said more security zones would be added to the perimeter of the estate, with each zone being 480-metres long.

“The old fencing only had two zones; the upgraded one will have 10,” he said. “This means there will be better and more security coverage around the estate.

“Once someone touches and gets shocked in a certain zone, an alarm will go off and our security staff will immediately be notified in the gatehouse.

“This will make it easier for our staff to monitor the whereabouts of any potential threat.”

He added that bushes near all the fence lines were being cleared to better sustain the upgrades.

“The upgraded fence will be considerably more sophisticated than the original fence,” he said. “As a result, the Home Owner’s Association (HOA) are looking to enter into a maintenance agreement with the fence contractor.” 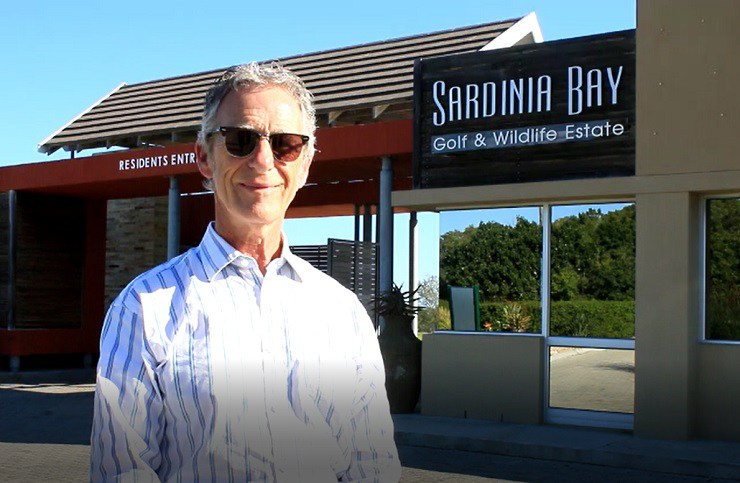 Estate manager Matthew Gibbs at the entrance of the Sardinia Bay Golf and Wildlife Estate, which is currently having a series of fencing upgrades. Photo: Full Stop Communications