With the first phase of the rapidly expanding Sardinia Bay Golf and Wildlife Estate in Port Elizabeth almost sold out, phase two should be ready to launch towards the end of the month.

“There are 12 plots still available in phase one and I think now is the ideal time to launch the second,” said Re/Max Bay Properties agent Alan Moore.

According to him, much of the infrastructure for the new development had been completed.

“Roads have been laid, plots have been demarcated, a substation has been built and the grey water treatment plant is being installed.”

To facilitate access, Moore explained that a secondary security gate would be constructed for residents living in phase two.

“It won’t be a big facility, like the main entrance, but it will have security measures such as cameras and access control.”

Moore was pleased with the interest and feedback from those who had viewed the available properties.

“Because of the limited availability of properties in phase one, nearly everybody is waiting to see what is happening with phase two.

“There is pressure on us to reserve plots and we’re being pushed to release pricing. This is all good as it shows that there is tremendous interest.”

Originally a dairy farm, the golf course at Sardinia Bay Golf and Wildlife Estate was built on what would more than likely have been the grazing pastures, and Moore said phase two would be a lot more wild and natural than the first.

“From an experience point of view, phase two is a lot woodier and foresty.

“We plan to disturb the wooded areas as little as possible, which means that people will have an opportunity to develop houses which really blend with the surrounds,” said Moore.

“The big wooded areas will remain as sanctuaries for us.”

He said phase two originally consisted of 45 plots, but developers made the decision to hold back 19 of these for now.

These, said Moore, would now be included in a newly conceptualised third phase.

He explained that the new development came about because of the steep terrain, which offered an opportunity for architecture completely different to that currently seen on the estate.

Plots in phase two will be an average size of 1 000m2 and prices will be released at launch. 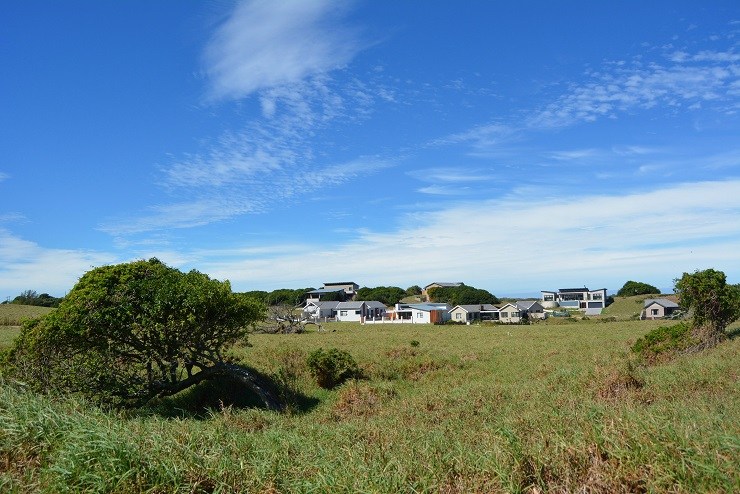 The soon to be launched second phase of Sardinia Bay Golf and Wildlife Estate, which is said to be more “foresty”, is generating a lot of interest. Photo: Full Stop Communications