Thanks to excellent support from their suppliers and service providers, SPAR Eastern Cape were again able to make a substantial contribution to charity at their 22nd annual golf day at Humewood in Port Elizabeth on Thursday.

Adopting a music theme from the Beatles, the SPAR Eastern Cape Charity “Fab Fore” Golf Day saw a total of 200 golfers tackle a breezy links course to support a good cause.

When the dust had settled, the three beneficiaries – Elsen Academy, Sweethearts Foundation and Zwartkops Conservancy – had benefited by the handsome amount of R35 000 each.

“It was a great success, with 50 four-balls dressed in a variety of coloured shirts to suit the Beatles theme,” he said. “They all teed off into a fairly vicious little ‘breeze’, and most importantly, everyone was on time!

“It was a good opportunity for suppliers, retailers and the staff of the Distribution Centre to interact and, for many, to experience the mysteries of Humewood’s links course.”

Besides consolidating their relationship with suppliers and service providers, Stapleton said it enabled SPAR to continue their philosophy of giving back to the community.

“This is another opportunity to assist those who are trying to make the world a better place and for those who work so hard to make the lives of people less fortunate a little better.”

Founded by Philippa Fabbri in 2006, Elsen Academy is an independent school based in Central in PE, registered as a non-profit organisation. It caters for children who, for varying reasons, struggle in the larger school environments.

Fabbri said there was a massive need for a school such as Elsen Academy, where they taught their pupils a wide variety of skills.

“It is fantastic for us to be involved with a golf day such as this and we are extremely grateful for the contribution from SPAR,” she said.

“We are busy creating a Makerspace at our school to teach the pupils a number of practical skills and a donation such as this allows us to purchase the equipment to make this initiative a success.”

The Sweethearts Foundation was founded five years ago and has a two-fold objective – to assist those in need by generating funds for wheelchairs and to look after the environment.

National marketing director Ashley Nel, who lives in Port Elizabeth, said their big focus was on the tops and tags collection, which had helped them donate a total of 252 wheelchairs since their inception.

“We urge the public to provide us with plastic bottle tops and bread tags, which we then sell to recycling organisations, generating funds for wheelchairs,” he said.

“In our five years, we have had only one significant corporate donation and when Alan [Stapleton] invited us to be a golf day beneficiary, the hairs on my arms stood up.

“The bulk of the money of an external donation such as this will be used for buying wheelchairs and a small portion will go to our marketing requirements,” he said of the non-profit organisation.

Under the chairmanship of Port Elizabeth resident Frank Collier, the Zwartkops Conservancy has three major methods whereby it seeks to maintain the environment in the Zwartkops River Valley.

“A 50-year-old watchdog against pollution, we employ litter pickers who pick up hundreds of bags of litter in the river and along its banks every week,” he said.

“We also have a massive conservation education programme which has been running for many years. It’s expanding and we are now talking to more than 40 schools in Motherwell about pollution education.

“And thirdly, we are negotiating with the metro to take over the maintenance and management of the Zwartkops River Valley on their behalf.”

He said the conservancy depended on public donors to fund its activities and paid tribute to SPAR for their support over many years.

“For example, when the metro stopped paying the litter pickers in 2016, SPAR Eastern Cape stepped in to cover the cost for nine months.

“It’s not only about the financial backing from them but also the moral support they provide in assisting us to reach our objectives.” 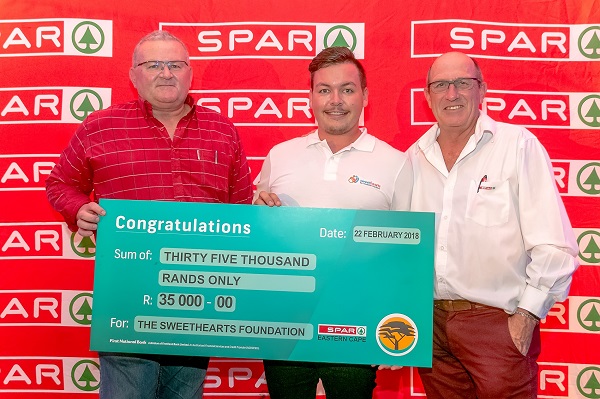