The SPAR Madibaz Netball Club will host a record number of teams in their annual opening of the season event at the Vodacom Madibaz Indoor Sports Centre in Port Elizabeth this weekend.

Besides the Nelson Mandela Bay clubs, netball manager Melinda Goosen said teams from George, Grahamstown and East London would be participating in the SPAR Madibaz tournament at the south campus on Friday and Saturday.

“We operate on a first-come first-served basis and are sitting on another record entry, with a total of 68 teams having entered,” she said.

“We are delighted that the tournament is proving so popular, but it does create some logistical challenges as we have only four courts available, two indoor and two outdoor.”

Goosen said last year they had started on the Friday for the first time to accommodate all the teams, “but we are now again full to capacity”.

The main objective of the tournament, she added, was to provide coaches and clubs with a chance to assess their players ahead of the upcoming season.

“It’s always been the tournament which kicks off the season on a competitive note.

“We follow the same format as the Nelson Mandela Bay leagues, allowing for different levels of play, from the A section down to the D section, including a men’s division.”

She said it was a good starting point for the Madibaz teams as they prepared for the season, with a total of 11 varsity teams taking part in the tournament.

“The action starts on Friday at 4pm and runs until 9pm and then there is a full day on Saturday from 7am to 6pm.”

Besides the tournament, Madibaz coaches and leading players are involved in a number of two-day clinics being held at schools around the Eastern Cape.

Goosen said the aim was to spread the sport of netball to where “it may be lacking a bit and thanks to the financial support from SPAR, our loyal sponsors, the club is able to do just that”.

“It’s all about uplifting the skill levels of the players as well as the coaches,” she said.

“We have already had one in Despatch and there has been such a good response to these clinics that schools are phoning us to hold them in their areas.” 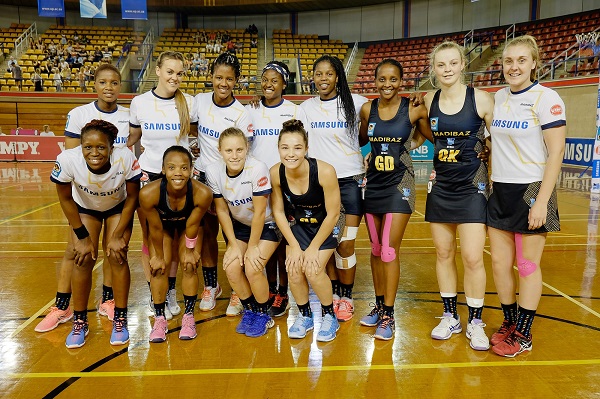