The University of Johannesburg’s rugby side bested the country’s top student teams to lift the trophy at the University Sport South Africa tournament last week.

The result was particularly sweet for UJ fans, as the university also played host to the national competition.

Coach Werner Janse van Rensburg said his team scored 119 points and only conceded three tries in the course of the five-day tournament.

The final was a closely contested encounter with last year’s champions Tuks that went down to the wire to give UJ a 14-13 margin at the final whistle.

A slow start and three missed penalties by the hosts saw the students from Pretoria take a 7-0 lead into halftime.

In the second half, a resurgent UJ went on the attack to notch up a converted try and level the score.

Tuks responded with a penalty but after a lineout drive five yards from their line collapsed three times, UJ were awarded a penalty try in the last seven minutes.

Another successful kick by their opponents was not enough to undo the damage, handing UJ the win.

Lock Jeremy Jordaan, who played a vital role in contact situations, added to the university’s honours by being named player and forward of the tournament.

The 23-year-old Jordaan, who attended Fichardt Park High School in Bloemfontein, said he was surprised and delighted by the awards.

“I didn’t expect it since I had an injury a few weeks before the match and couldn’t practise a lot, but I’m very happy about it.”

He added that the team was thrilled with their victory, as it had been their major goal for the season.

Captain Kobus Porter, who plays flank, said their winning strategy had been a simple one.

“We just went into the tournament focusing on doing the small things right and worrying about ourselves and not the opposition.

“We knew we had to execute our game plan and we would be successful. We kept it simple and it paid off.”

In addition to UJ’s A-section triumph, the university also claimed the D-section honours when the UJ Barbarians beat Walter Sisulu University 16-8 in the final. 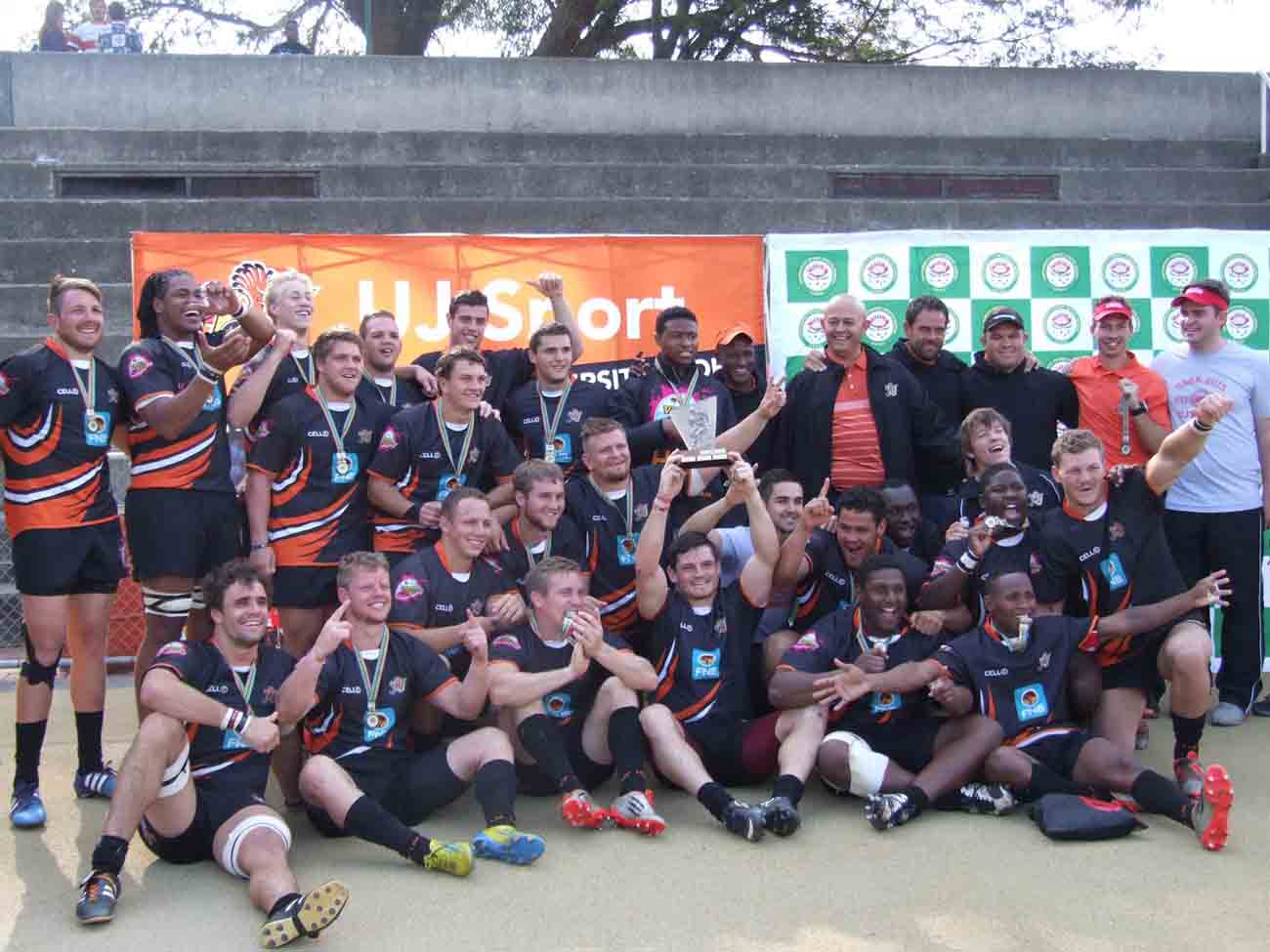 Issued by: Coetzee Gouws
On behalf of:University of Johannesburg Sport