A trio of 12-year-old culinary contestants showed they could take the heat in The Pastryworks kitchens as they faced off in an intense two-round cook-off for the SPAR Junior Chef competition in Port Elizabeth on Thursday (July 9).

The three finalists – Lorraine Primary’s Paige Black, Kirsty Kramer of Erica Girls’ Primary and Greenwood Primary’s Sihle Jacobs – rose to the occasion as they baked the recipes that saw them chosen from a host of impressive entries.

Black made lemon meringue tartlets, served with rose-carved strawberries and a confection of caramelised sugar.

Kramer wielded the chef’s knife like a pro, ensuring that the nuts for her chocolate fudge cake were chopped to perfection.

Not afraid to get her hands dirty, Jacobs delivered scrumptious Bar-One biscuits decorated with sliced strawberries and served with a drizzle of melted chocolate.

Chef Kevin Gouws assisted his focused young charges where necessary, while their proud parents were only allowed to watch from the sidelines.

In the decisive second round, the girls had to make a mystery dish, which turned out to be “build-a-pizza”, with a twist of their own creative flair.

Jacobs’s effort was a simple pairing of tomato, bacon and extra cheese with a dash of barbecue sauce.

But it was Kramer’s meat-lovers’ pizza with a sweet chilli sauce and thyme base and two-cheese topping that saw her take the cake – and the overall win.

She won a R5 000 shopping voucher for her efforts, with Black and Jacobs taking second and third, and a R1 000 and R500 voucher, respectively.

Each of the contestants also went home with a hamper of SPAR goodies and a bag of SPAR Good Living cooking utensils.

SPAR EC sponsorship controller Shadrach said the girls had done extremely well and shown a maturity beyond their years.

“I think we underestimate their skills and the techniques that they are exposed to at their young age.” 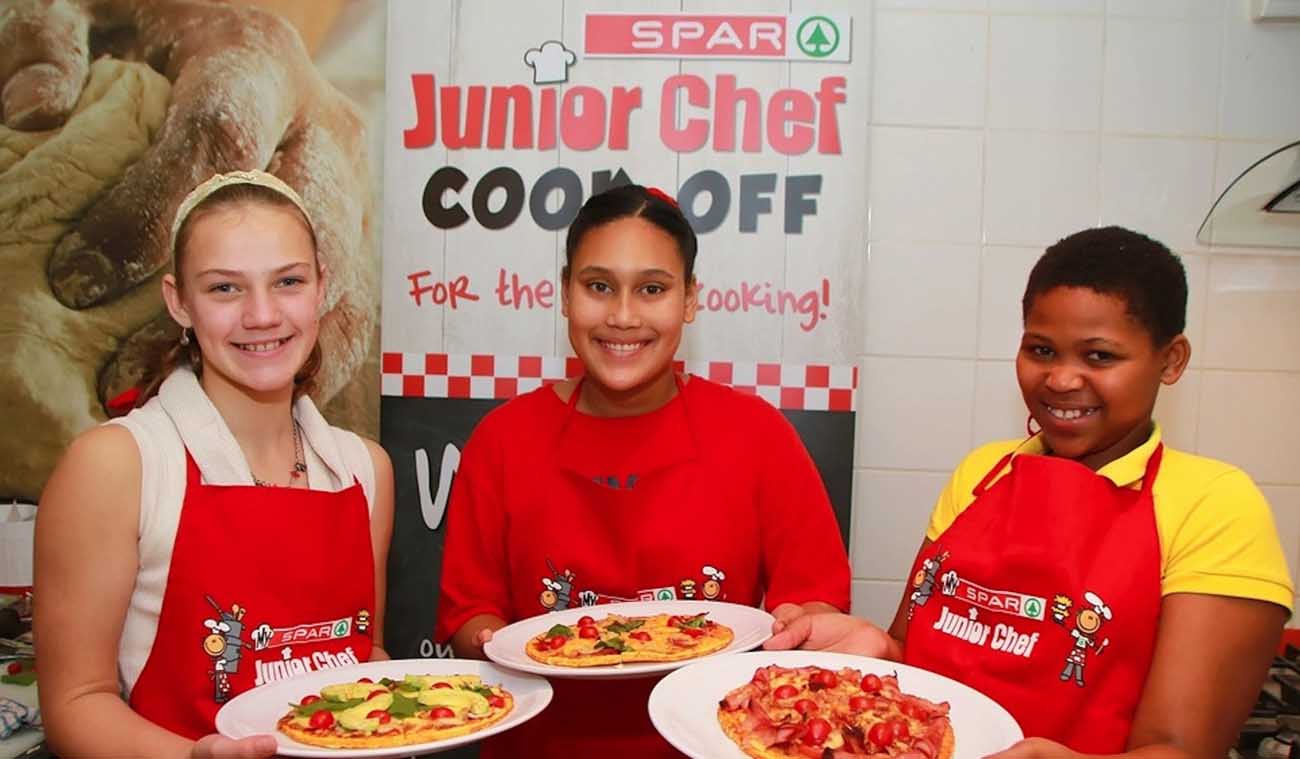 Issued by Coetzee Gouws
On behalf of Spar Eastern Cape