It is the first time that PE audiences will be able to hear the rising indie afro-jazz stars live in concert at the historic Nangoza Jebe Hall (former Centenary Hall) in New Brighton.

Electric guitarist and vocalist Sfiso “Atomza” Buthelezi said he and his bandmates were “very much looking forward to” the 1950s Sophiatown-style gig.

“Oh wow, with that theme, we’ll take y’all back! Our sound is almost reminiscent of the old Sophiatown sound but it’s new, accessible and for all races.”

Buthelezi said the jazz element would combine well with the happy vibe of the whiskey and wine-tasting culture.

“We reckon adding a little bit of The Muffinz will do wonders for the listener’s palette.”

Known for their eclectic style, he said the five-piece outfit would play a selection of their own well-known songs, interesting Kwaito covers and “some old-school South African jams”.

“Our shows are always different but, since we haven’t played in PE before, we’ll play a selection of the favourites from the first album as well as a couple of new songs from our upcoming one.”

The Muffinz released their debut album Have You Heard? in 2012 and are set to bring out their follow-up, #DoWhatYouLove, after their tours to the USA and Norway.

“The sound that comes from us is a sincere one, based on the assumption that in every man is goodness, and we try to show that in the message of our music.”

Buthelezi said the group’s name came from the fact that, like their edible namesake, each member contributed some unique musical ingredient to the mix.

“We’ve done a couple of festivals and travelled a bit, including places like the US, Algeria, Mozambique and Congo. It’s been an interesting three years and we love every single day of it.”

The band are currently in New York, where they are performing at the Apollo Music Café.

Local PE act Ricochet and the Take Note jazz band will share billing with The Muffinz.

Tickets for the festival cost R200 and include a complimentary glass, drinks and light snacks.

Tickets are on sale at various TOPS stores in Nelson Mandela Bay. 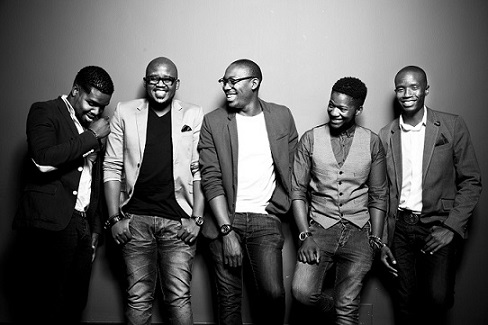