Cyclists looking to test their climbing legs have until midnight on Wednesday to enter the Bestmed Satellite Classic, which takes place on the roads around Hartbeespoort on October 18.

The 106km feature race route, which straddles the border between the North-West Province and Gauteng, is one of the premier seeding events for the Cape Town Cycle Tour.

It is also a major test of fitness ahead of South Africa’s other “big one” – the Momentum 94.7 Cycle Challenge in November.

According to race director Wynand de Villiers of ASG Events, the Satellite Classic is known for offering some of the safest and most scenic riding in the region.

“It’s picturesque the entire way and as safe as any race on open roads can be. It’s also well marshalled, with only two right turns on the feature route and just one on the 80km option.”

While many of the classics around the country favoured sprinters, De Villiers said this was one of the few races where climbers could shine.

“The route has a bit of everything but because most of the climbing is done in the second half, it’s tough.”

He said the first half was traditionally fast-paced as prevailing tailwinds propelled riders along the smooth road surfaces until they turned towards the iconic Hekpoort climb.

“Hekpoort looms approximately 20km from the finish, so it really hurts. For the pros it provides the ideal opportunity for a small group to break away and try to stay away to the finish line.”

At an average gradient of 10 per cent over 4km of ascending, De Villiers said whoever grabbed the king of the mountains title on top of Hekpoort could possibly determine the final outcome of the race.

“It’s always the big decider but it’s not the final climb. Poeierbult still awaits at the Hartbeeshoek satellite tracking station and then there’s also a gentle 2km rise to the finish line.”

He said Reinardt Janse van Rensburg’s victory two years ago was among the most memorable performances in the event’s history.

“He escaped on Hekpoort and rode solo all the way to the finish.”

De Villiers said around 5 000 participants were expected to turn out for the popular event, which this year includes a mountain biking component on the Sunday.

All races, including the 20km and 40km mountain bike options, start and finish at the Saloon Route 66 on the Hartbeeshoek road.

Bestmed head of sponsorship Sasja La Grange said a portion of all race entries would be donated to the Cancer Association of South Africa.

“We will also continue our national skin cancer prevention drive in conjunction with Incolabs by offering free sunscreen at various points along the route.”

Enter at www.cycleevents.co.za. Late entries will be unseeded and accepted at registration venues on the Thursday and Friday preceding the event but no entries will be accepted on race day. 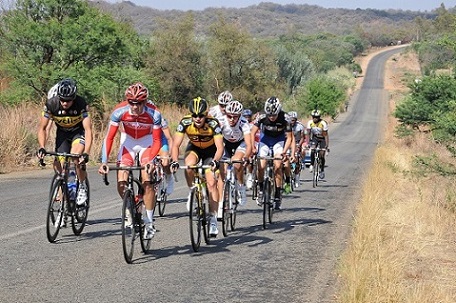 Cyclists looking to test their climbing legs have just a few days left to enter the Bestmed Satellite Classic, which takes place on the roads around Hartbeespoort on October 18. Photo: Jetline Action Photo