NMMU Madibaz’s Kieran Koert stood out from the crowd when he scored a brace of goals against North West University in their opening Varsity Football encounter in late July.

Koert, known affectionately as Kiko by his teammates, put two goals in the back of the net to hold the visitors to a 2-2 draw and was named Samsung Super Striker for his efforts.

The fourth-year management student, who plays central midfielder for the Port Elizabeth-based university, has been an integral cog in the Madibaz gearbox since 2012.

Four years ago, Koert was invited to join the Africa Soccer Development (ASD) Academy team but was forced to withdraw from the Cape Town-based soccer school because he had just exceeded the age restriction of 17 years.

This did not dampen Koert’s ambition of signing with a Premier Soccer League team, which now seems to be well within reach, as not one but two major PSL teams have expressed interest in his skills.

To make his goal a reality, the 22-year-old trains five days a week and sometimes even twice a day.

The club, which is based in the Northern Areas, has seen generations of the Koert family don its green and red kit, and is also where Koert’s football career started at age nine.

Following a training camp for the gruelling nine-week Varsity Football tournament, he described the Madibaz outfit as a “well-knit team”.

The side was unbeaten in the round robin section of last year’s tournament until being eliminated in the finals by Tuks.

As far as his own game is concerned, Koert plans to raise the bar even higher.

“As a player, I continuously strive for those great moments in football.” 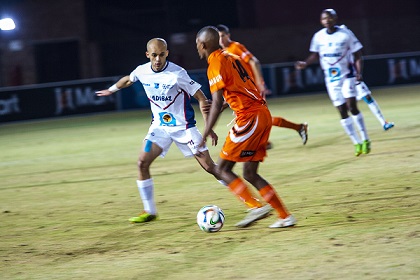