Written for In the Bunch

Some years ago, I had a bee in my bonnet and, yes, I got stung badly.

But let me not get ahead of my own story, which starts at the point where work and other pressures were getting to me.

And, since pedalling my bike is the only non-chemical method of destressing I know, I decided to do just that. I merely needed a plan and, a quick search on the ‘net later, it was formulated.

I stumbled upon a mountain bike ride of around 45km from the Woodridge school just outside Port Elizabeth and the distance and venue seemed well-worth the expected effort. Those familiar with the area will know that it is perched on the edge of the infamous Van Stadens Pass.

The race was organised by Brad Jackson, whom I had met years earlier. Brad rode at national level during the sport’s developing years and was quite a star in downhill and cross-country races.

He later decided to put his experience to good use and established an eventing company that specialises in rolling out mountain bike races across the Eastern Cape.

Out-of-towners will know him as the man behind the national cross-country course at Hayterdale, which is wedged between the Zuurberg mountain range and the Addo Elephant National Park.

Anyway, I phoned Brad up the evening before the Woodridge ride to make sure I wouldn’t be biting off more than my unfit legs would be able to chew.

Not at all, he said, there are only three hills and you will be absolutely fine – even if you haven’t been on the bike for a while.

As those were the days that I still trusted Brad, I was happy with his route summary and its difficulty rating and very excited about the few hours of destressing that lay ahead the following morning.

The event got underway and I was in high spirits when the first climb found us straight after the start while our legs were still fresh. Mentally, I ticked it off and was looking forward to the largely flat course that now lay in wait.

It was possibly also the last time I had any sense of humour as the next two hills (and more) came in suspiciously quick succession and I realised Brad’s definition of a climb differed from mine.

Hours later I was cursing him while pushing my bike up a monster pass that led to the finish area. I was cramping so badly that I could no longer pedal and later I could not even walk.

I ended up sitting on the ground on the wrong side of the finishing banner for five minutes while waiting for muscle spasms to abate. I was not impressed and would’ve punched Brad in the face if I could only have moved fast enough to catch him.

Anyway, as pain and grudges fade with time, I accepted his recent invite to the dry run of the queen stage (day two) of the PWC Great Zuurberg Trek. After all, I was marginally fitter and he had mentioned something about it being all downhill after climbing out of Otter’s Valley.

In reality, the day starts with White Knuckle DoubleDown, which delivers you into Otter’s Valley. The latter leads unsuspecting riders to Monty’s Python, a climb which I would describe as similar to the drop into the Umkomaas Valley on the Nedbank sani2c, except in the opposite direction.

At the top, one encounters a stretch of single and jeep track called Highway to Heaven, which connects the first and second waterpoints. The scenery is truly magnificent and it felt like I was riding among the peaks of the French Alps, minus the snow.

The catch, as there always tends to be when Brad is involved, is that you encounter the Three Stepsisters – named after three steep climbs – on this stretch as well. However, the reward on top is plain and simply Heaven.

According to Brad, it should have been all downhill from this point.

I’ll say nothing other than look at the following points of interest and make up your own mind: Von Holdt’s Valley of Deceit, Gower’s Gauntlet, Valley of Bones, For Pete’s Sake and Hotel Hill.

What I will tell you is that, even at 81km in length, this is a queen stage in the true sense of the word. It is also real mountain biking and you will come away a changed person – it is that beautiful.

Of course, if Brad is to be trusted, this stage is allegedly sandwiched between two others that are all about fun and games. 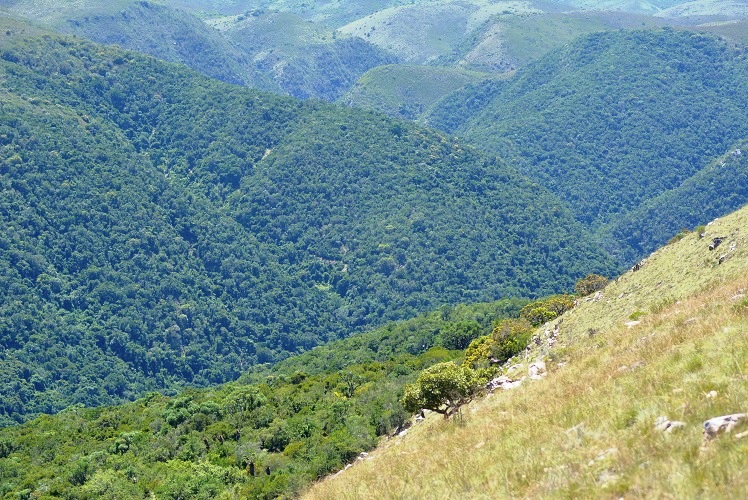