EAI Cycling’s Johann Rabie and Gawie Combrinck tightened their grip on the Old Mutual joBerg2c as they took a third stage win and extended their overall lead in the nine-day mountain bike race on Wednesday.

Rabie and Combrinck rode away on the 91km sixth stage – from Kamberg in the KwaZulu-Natal Midlands to Hazeldene farm near Underberg – to finish in 3:22:13 on a course that featured over 2 300m of climbing.

Stage five winners Waylon Woolcock and Darren Lill of Cannondale-Blend, who had initiated the first big move of the day, chased hard to the line but did not have the legs to reel the leaders in.

They finished second in 3:24:02, with Hanco Kachelhoffer and Chris Wolhuter of Karan Beef trailing them home in 3:37:54.

Rabie and Combrinck, who have a combined time of 23:55:55, now take a convincing five minute and 37 second overall lead into the seventh stage.

Woolcock and Lill, who have an aggregate time of 24:01:32, retain their runner-up spot in the general classification, while Wolhuter and Kachelhoffer step up to the overall podium in 24:49:48.

A disappointed Lill said he and Woolcock had decided to put the leaders under pressure on the first big climb of the day, Snow Top Mountain, at around the 38km mark.

When the large lead group hit the climb, Cannondale-Blend went on the attack, with only EAI Cycling able to follow.

“We probably rode 20 seconds into Johann and Gawie going over the top,” said Lill.

“They caught us again on the descent towards the valley floor, which I wasn’t too concerned about. We were hoping to put them into difficulty again on the next climb up Death Valley.”

Instead, with Woolcock struggling on the ascent, it was Cannondale-Blend who found themselves in trouble en route to waterpoint two at 60km.

Rabie and Combrinck then put the hammer down and rode away, gradually extending their lead over the remaining kilometres.

Lill said closing the gap would be a real challenge at this point in the race.

“An almost six-minute deficit is a pretty big ask. They’d have to have a technical mishap or something for that to happen and we obviously wouldn’t wish that on them.”

He said they would however continue to race hard for the remaining stage wins.

In the mixed category, Yolande de Villiers and Franso Steyn also kicked hard on Snow Top to outpace their Sasol Racing teammates Leana de Jager and Johan Labuschagne for the stage win in 3:51:33 (25:52:53).

The three teams now occupy the same overall positions on the leaderboard.

Women’s category leaders Amy McDougall and Janine King suffered a major setback after the Red Bull Run when King cracked her bike frame in a crash and was forced to run the last 8km.

The Valencia Girls riders finished the stage in 5:13:42, slipping to second on the day behind Old Mutual’s Sarah van Heerden and Brenda Potts in 4:54:09.

The Reevax Ladies combination of Heidi Buttiens and Siegrid van Bever rounded out the podium in 5:17:48.

Having dominated the women’s race in the preceding stages, McDougall and King remain safely at the top of the standings in 28:45:34.

On Thursday, the riders take on the 79km seventh stage to Mackenzie Club near Ixopo.

The race finishes in Scottburgh on Saturday. 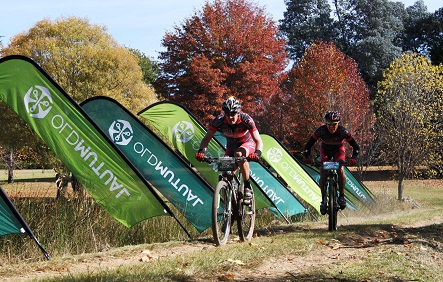