The Madibaz secured a spot in next year’s lucrative Varsity Athletics series with an impressive performance at the South African Student Athletics Championships that took place in Pretoria over the weekend.

Members of the NMMU team showed their mettle against the top athletes from 29 tertiary institutions to finish seventh overall – one position better than last year.

The top eight teams in the championships qualify for the prestigious and widely televised series, which showcases the country’s top student track and field stars in four meetings across the country each year.

The Port Elizabeth-based institution hosted a meeting for the first time in March.

“We are very proud of our athletes who proved that NMMU is continuing to produce some of the best athletes in South Africa,” said Madibaz athletics manager Nellis Bothma.

“Qualifying for the Varsity Athletics series gives them a great national platform to gain exposure and fast-track them into professional sporting careers.”

Pole vaulter Jeannie van Dyk was NMMU’s brightest star at the champs, winning a gold medal with a career-best jump of 3.8m.

Other local athletes who made their mark included Ischke Senekal whose throw of 54.13m in the discus for women earned her the silver medal and Mariano Eesou who earned bronze in the half-marathon for men in 1:03:53.

The Madibaz received further good news when Eesou was selected for the national team to participate in the seventh Federation of Africa University Sports (Fasu) Games in Nairobi, Kenya, in July. 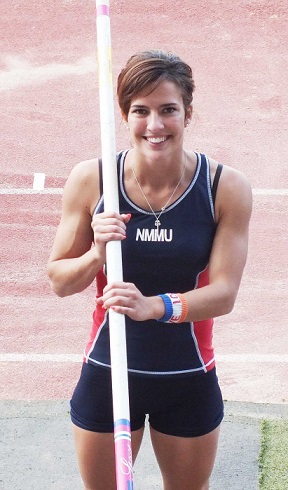