Organisers of the PwC Great Zuurberg Trek have unveiled a route that promises equal parts effort and reward for participants in the three-day mountain bike race, which starts in Addo on May 30.

Speaking at the recent launch event in Port Elizabeth, route designer Rob Hayter said each of the three stages had been specifically created to offer a completely different riding experience.

“The diversity of these three days is going to be incredible. I don’t think you’ll see the variety of nature and tracks in any other race in the Eastern Cape.”

The race, which covers more than 200km, traverses the Sundays River Valley, the Karoo and Hayterdale Trails at the foot of the Zuurberg Pass.

Race director Brad Jackson, of Mountain Events, said the clover route would use the Zuurberg Mountain Village at the top of the pass as its daily rendezvous point.

“Our number one objective was to deliver something unique each day and this location in the heart of the mountains allows us to do just that.

“It’s one of the very few places where so many biomes converge.”

On day one, riders head south on a 76km route into the picturesque Sundays River Valley and world-renowned Addo Elephant National Park.

The following day, they take on the 78km queen stage, climbing more than 1 970m over the northern ridge of the pass and overlooking the plains of the Karoo near the historical Ann’s Villa.

“There are places where the mountain views are so spectacular, you’ll feel like you’re at one of those tourist lookout points for several kilometres at a time,” said Jackson.

On the final stage, riders hug the southern slopes of the mountains, as they test their technical skills on a 58km route that includes some of Hayterdale’s national cross-country championship track.

“We end the race in single-track heaven on some of the best purpose-built mountain bike trails in the country,” said Jackson.
He said last year’s two-day inaugural event had been constructed around existing trails, while this year they had designed the route layout and then built trails to accommodate it.

“There are sections where kilometres of entirely new single-track have been built and other places where we’ve re-opened old roads that have been abandoned for many years.

“We’re even making use of a spectacular horse trail, deep in the heart of the Addo Elephant Park’s Zuurberg camp, an area normally closed to the public.”

In planning the routes, he said his team had been careful to strike a balance between an enjoyable day’s riding and a serious challenge.

“In terms of toughness, riders will certainly feel like they’ve accomplished something after each stage, but after a little bit of rest and relaxation in the luxury of the host venue, they’ll be refreshed and ready to go again the next day.”

Jackson said the field would be limited to just 150 two-person teams and that participants in this year’s race would receive first option on entries for 2015.

“The venue is a really special place with lots of charm and character, and we believe a bigger field would not have the same atmosphere.

“We want riders to be able to relax and enjoy the race, not just on the trails but afterwards too.”

He said keeping the field exclusive would also help to prevent bottlenecks on the routes and allow riders maximum enjoyment on the single-track sections.

With a R50 000 total prize purse, participants would have an additional reward to aim for, said Jackson.

Enter at www.greatzuurbergtrek.co.za before May 7. 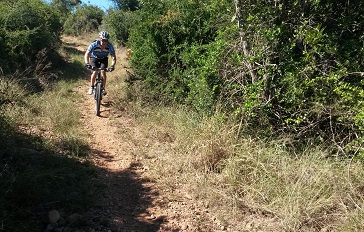 Riders in this year’s PwC Great Zuurberg Trek can look forward to three days of diverse mountain biking in the Addo region of the Eastern Cape from May 30.