“Hockey players around the world are auctioned off to Indian teams to compete against each other on an international platform,” said Van Ginkel, who was part of the conditioning staff.

“Six teams compete in the competition, each from a different region in India with their own individuality.” Van Ginkel was part of the Delhi Waveriders, which was based in New Delhi and owned by the Wave Group.

“The league was structured with all teams playing five home games and five away games in a round-robin format. Once pools had concluded, a semi-final and final were played in Ranchi.

“The final was between the Jaypee Punjab Warriors and us.” After finishing on three goals apiece in a competitive final, the Delhi Waveriders won the title in a shootout.

Van Ginkel’s main responsibility was to monitor player recovery and conditioning. “The games were monitored live with the use of the Zephyr heart rate system.”

With this system, he could monitor player recovery and ensure that the most suitable player took to the field at exactly the right moment and play with optimum intensity throughout the competition.

“The experience in India was life-changing. I was privileged to work among the world’s top hockey coaches and players.

“The travelling was a challenge for many of the teams but worth the victory in the end.”

Although his involvement in the HIL was a feather in his cap, it also gave him knowledge and new skills he could plough back into UJ Sport.

“These international experiences increase knowledge which is brought back to the university and shared to assist sport science development and overall growth of our codes.”

Among other roles, Van Ginkel coaches the university’s women’s team and is involved with the national men’s outfit. He will be an integral part of UJ’s preparations for the upcoming Varsity Hockey tournament in May. 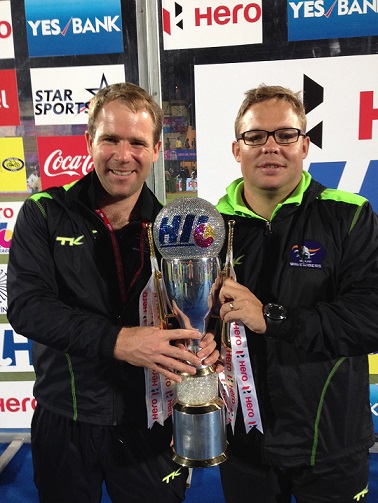 The University of Johannesburg Sport