High-jumper Morita Botha will be aiming to raise the bar for the Madibaz team when she competes against the country’s best in the first Varsity Athletics meeting at the NMMU Stadium in Port Elizabeth on Friday night.

Botha will be one of 27 track and field stars that will represent the university in the prestigious four-part national series, which will be televised live on SuperSport.

The 21-year-old, who also took part in the inaugural competition last year, said she had her sights set on medalling in front of her home crowd.

“This competition is on my turf so I’ll stand to benefit because I’m used to jumping in the windy conditions.”

Botha said her major goal for the overall competition would be to clear a mark of 1.70m.

The first-year arts student appears to be on track after jumping 1.65m at the opening meet of EPA Track and Field League in February.

The result was just two centimetres shy of her personal best, which she set in Durban in 2011.

“It was the first competition of the year and I worked really hard because I knew I needed to start preparing for Varsity Athletics and SA champs.”

Botha said the provincial meet had been the perfect opportunity to build on the successes of last season and that she had qualified for the junior national championships in the process.

The former KwaZulu-Natal resident said she would use Varsity Athletics to push herself to new heights in a bid to make the senior national champs again.

“I like the fast-paced nature of the competition. It forces us to train harder and keep up with the standards.”

Botha said she was expecting strong opposition from the likes of NWU-Pukke and the University of Johannesburg.

Athletes from eight leading universities will compete in the two-hour track and field programme at the South Campus in Summerstrand.

The event kicks off with the curtain-raiser relay races at 5.30pm and finishes at 8pm.

The public can get free tickets to the PE leg by finding Varsity Sports on Facebook or registering at www.varsitysportssa.com. Tickets will also be available at the gate at a cost of R20. 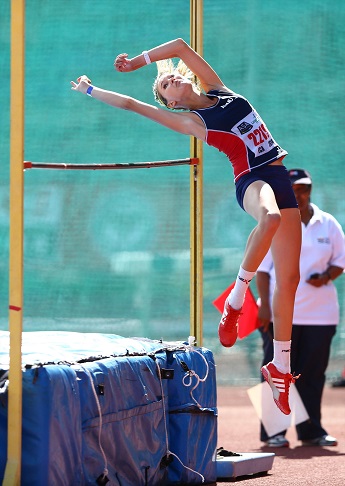 High-jumper Morita Botha is one of the athletes who will be taking the Madibaz to new heights during the first round of the FNB Varsity Athletics series at the NMMU Stadium in Port Elizabeth on March 21.