FNB NMMU fullback Jarryd Buys has returned from injury and will rejoin the Madibaz team for round four of the FNB Varsity Cup, presented by Steinhoff International, on Monday night.

The Port Elizabeth side face off against FNB NWU-Pukke in their final home game of the round-robin tournament.

Buys takes the number 15 jersey from Donovan Marais, while Stefanus Booysen gets a start at inside centre in place of Andile Jho.

Jho moves to the bench alongside utility forward Wade Elliot, who makes way for Marcel Groenewald at blindside flank.

According to head coach David Maidza, team management had opted to make minimal changes to the squad that went down 26-13 to FNB UCT this week.

“There is no need to panic about the character of the team,” said Maidza in response to their only loss so far.

“Statistics show that we were dominant on the day, with close to 70 per cent possession and 104 rucks to UCT’s 32.”

Maidza said the coaching staff had reviewed the game and that a couple of calls could have gone the way of NMMU.

“But if we had not squandered the numerous opportunities we had, we could have come away with, at worst, a draw. A victory was certainly achievable.”

Maidza said his side had been on the attack and trailing by a negligible five points when UCT took advantage of a three-man overlap to score an intercept try that killed off the game in the dying minutes.

“But these are situations that happen. We have to take lessons from them and keep looking forward to the next game to fix our errors and improve on those facets that we were poor in.”

He said his players were certainly looking forward to taking on Pukke, who are currently second in the standings and just one point ahead of his charges.

“We hope it will be a good spectacle to watch and want to thank everyone who’s behind us.

“We encourage the whole of PE, especially the students, to come and ‘back their boytjies’ and make this stadium a fortress for the Madibaz.” 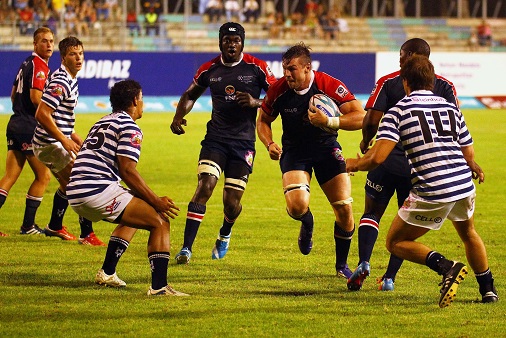 FNB NMMU have made only minor changes to their team to take on FNB NWU-Pukke in their final home fixture of the FNB Varsity Cup on Monday night. Wade Elliot, seen here carrying the ball against Ikeys, will start on the bench.