With some 1 500 residents raped in Nelson Mandela Bay each year, participants in the SPAR Eastern Cape Charity Golf Day put their putters to good use, raising R100 000 in aid of the local Rape Crisis Centre on Thursday.

Speaking at the handover at the Humewood Golf Club in Port Elizabeth, director Berenice Malgas said her organisation was honoured and grateful to be the beneficiary of the event.

Malgas said the funds would be used for the rollout of prevention programmes at various schools in the metro.

“We aim to prevent rape by teaching children how to protect themselves and to know their sexual rights and responsibilities.”

Malgas said the programme would reach more than 8 000 children at 10 schools in the greater PE area.

SPAR Eastern Cape marketing manager Abri Swart said it was a proud day for the retailer and thanked the 250 assembled participants for their contribution.

“We see ourselves as a community company – we like to give back and be involved in the community.

“And I can truly say that we have changed lives today.”

Celebrity guest speaker and former international rugby referee Jonathan Kaplan said he was also happy to be involved, as he was a brand ambassador for a similar initiative in Cape Town.

“The organisation is called ‘Blow the Whistle’ and essentially aims to promote awareness of the tremendous numbers of rapes that happen in South Africa and hopefully reduce those through that awareness.”

Kaplan, who retired from international rugby last season, entertained the audience with anecdotes from his 30-year career.

The 47-year-old holds the world record for the most international matches refereed, including 425 first-class games, 107 Super Rugby matches and 70 tests.

Kaplan also spoke about his soon to be released autobiography, entitled Call it like it is.

“The idea of the book is to highlight my life in rugby, my ascent into the upper stratospheres of world refereeing and the challenges I faced in doing that, as well as some stories along the way.

“The title comes from my approach both on the field and off – I like to face things head-on.”

Kaplan was named 2013 Referee of the Year at the SA Rugby Union Awards earlier this month.

For more information find SPAR EC in Action on Facebook. 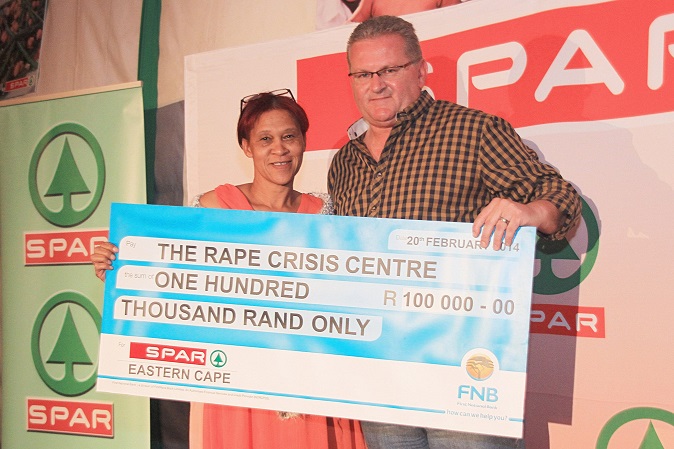 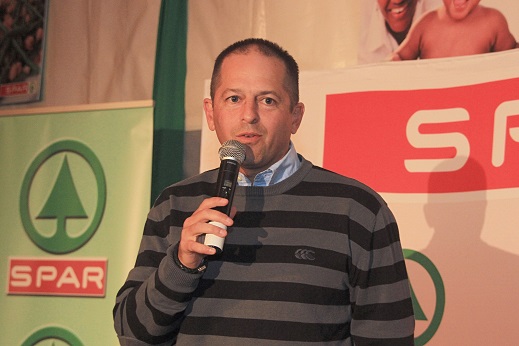