Recently crowned U23 African cross-country champion James Reid showed his continental class when he soloed to victory in the 80km Extreme mountain bike challenge at The Herald VW Cycle Tour in Addo on Saturday.

Reid, sporting the green and gold band of his national XCO champion’s jersey, broke away from nearest rival Gert Heyns with 18km to go to take an uncontested victory in 3:03:16.

The pro field got off to a cautious start on the gravel farm roads but it was
Reid (21) and Heyns (20) who turned up the heat on the first stretch of single-track 20km into the race.

The young riders opened a gap on the technical Hayterdale section, where Reid earned his SA title in July.

“Gert and I really sent it on the national series course. He’s really quick and a super strong rider,” said Reid.

With a lead of a few seconds over the chasing group, it was down to a two-man race for the king of the mountains title on top of the Zuurberg Pass.

Heyns took Reid to the line but proved to be the stronger climber on the day.

“After that, we got into the top single-track with a lead of about 20 seconds but from there we saved where the rest spent,” said Reid.

That set the pattern for the remainder of the race and by the 50km mark Reid and Heyns had opened up a full three-minute lead on nearest challengers Lill and Kevin Evans (FedGroup-Itec Connect).

“Towards the end, Gert was struggling a bit, so I punched it hard on a short uphill and managed to ride away. Then it was just an epic solo to the finish.”

The Cape Town resident was full of praise for what he termed “a proper mountain bike course”.

“There’s lots of short punchy stuff, not miles and miles of district road.

“You’re out there on the single-track with the cows and elephants. It’s hard; you’ve really got to dig deep.”

With the national road championships set to roll out in the upcoming week, Reid said he was also looking forward to competing in tomorrow’s 106km Classic road race.

A finish among the leaders in the country’s second oldest national classic, which forms the second part of the double bill, will ensure that he retains his overall Ultimate Quest title.

“Obviously I won’t be as fresh as the roadies who attack this thing but I’m used to double-day training blocks. And with the upcoming road champs, I’ve got to keep it moving on the skinny wheels as well.”

Reid’s girlfriend and reigning women’s champion Neethling (21) will also be hoping to defend her crown after a successful day on the bike.

“I always choose this race because I know there’s so much single-track, which is my strength, and I really enjoy the route.

“That’s what’s so cool about this event. I just need to hang in there tomorrow and maybe earn some extra prize money and retain the Ultimate Quest title.” 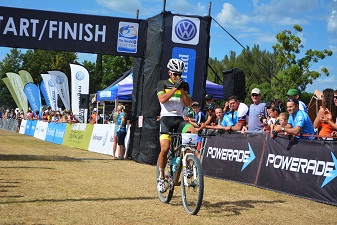 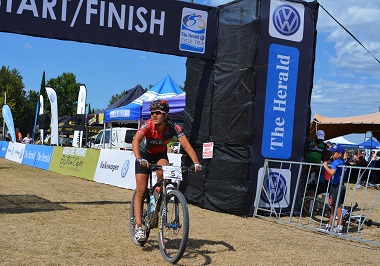