With R50 000 in shopping vouchers and other lucky draw prizes up for grabs in the SPAR Women’s Challenge, those participants who are not among the frontrunners in Saturday’s road race will not walk away empty-handed.


The Port Elizabeth leg of the national series will see an expected 15 000 runners, walkers and supporters descend on the new venue at Pollok Beach for the 5km and 10km events.

According to SPAR Eastern Cape marketing manager Abri Swart, all female participants in both distances would be automatically entered into the draw.

“We’re expecting a record field for our 20th anniversary edition, so we wanted to give our ladies a special present to mark the occasion.”

Swart said the R50 000 grand prize would be awarded to one lucky entrant.

“It’s a particularly appropriate figure because it’s in keeping with our national 50th birthday celebrations this year.”

To qualify for the prizes, he said participants would have to stay for the attendance-only draw during the post-race prize-giving ceremony.

“But we’ve got plenty to keep them entertained with food and refreshments on sale and, of course, our special guest artist Toya Delazy.”

Swart said an additional “introduce a friend” lucky draw prize would reward participants who brought a new entrant to the event.

“If you bring someone along who didn’t run last year, you each stand to win R1 200.”

He said, aside from the prizes, there would be special commemorative race T-shirts, and medals for the first 12 000 finishers. 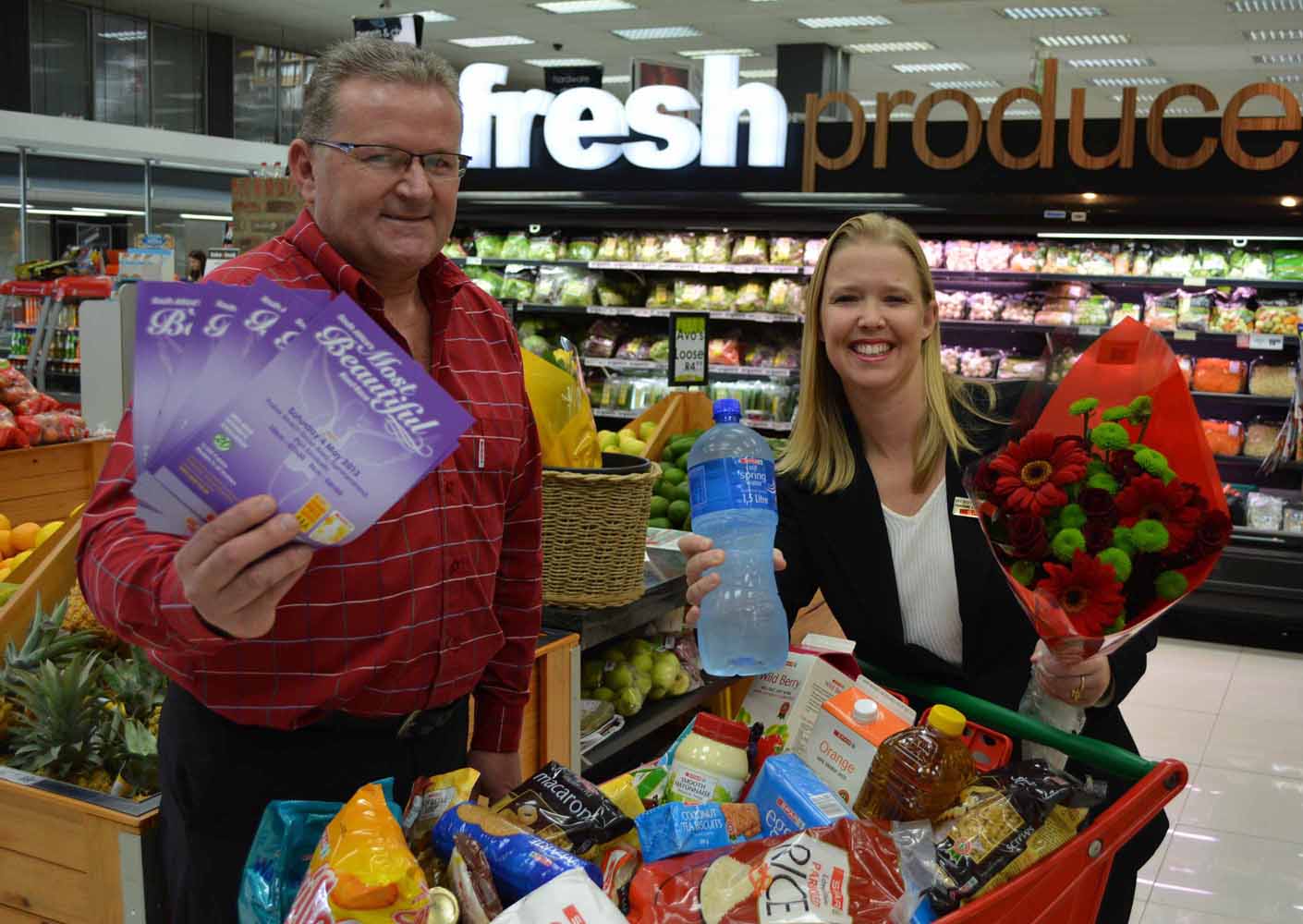 One lucky SPAR Women’s Challenge runner will win R50 000 worth of shopping vouchers at Saturday’s race in Port Elizabeth. Here SPAR Eastern Cape marketing manager Abri Swart (left) and promotions and advertising manager Wendy Westraadt give a taste of what the winner can look forward to.