Organisers of the Eastern Cape’s biggest mountain bike event, The Herald VW Cycle Tour, will finally get to roll out their much-anticipated trails at Addo on February 2 after torrential rains rendered the new course unrideable this year.

“I’m pleased to say that the 2012 downpours haven’t put a damper on the enthusiasm for next year’s event,” said race director Brad Jackson of Mountain Events.

“We have gone to great lengths to rain-proof large portions of the existing track by laying down gravel.”

According to Jackson, riders in the 80km Extreme and 60km Adventure could look forward to an even better ride next year with several kilometres of new single track currently under construction.

“No other race in the province has as much dedicated single track.”

He said sections of the new trails had been “road-tested” during the Cross Country and Downhill National Cup in July.

“Feedback from some pro riders was that the tracks are some of the best in the country, with a few even rating them better than the World Cup courses.”

Jackson said one new section in particular, built by Rob and Trevor Hayter of Hayterdale Trails, consisted of a stretch of contour path on the side of a very steep slope.

“It’s probably one of the best pieces of single track I have ever seen.”

He said riders could also look forward to the multiple purpose-built bridges, which will see riders pedalling above and below each other.

“The 80km is labelled ‘Extreme’ for a reason, with a total elevation of 1 400 metres and some of the most exciting single-track riding available. It is recommended for experienced, fit riders only.”

Competitors in the Extreme could put themselves in line for the new Ultimate Quest title by also completing the 106km Classic road race from Hobie Beach in Port Elizabeth the following day, said Jackson.

For those looking for something just a little less physically and technically challenging, he said the 60km Adventure with a combined ascent of 835 metres would be a safer bet.

“We’ve tried to include plenty of fun single track without making it too scary for the less experienced mountain biker.”

Jackson said the 30km Powerade Leisure Challenge was mild by comparison, with only two real uphills and no technically challenging terrain.

“It’s perfectly suited to social riders who want to experience the vibe of a big race without having to endure the punishing longer distances.”

As far as technical support was concerned, he said bike mechanics from Cyclo Pro would be out on all the courses among the back markers.

“They carry a range of emergency spares and tools to assist riders in the event of mechanical difficulties.”

For the little ones, he said there would be the Powerade-sponsored 5km Kiddies’ Challenge and 500m Toddlers’ Dash at the Addo Polo Club race village.

Jackson said camping facilities would be available at the race village and sponsor Zuurberg Mountain Village would offer accommodation specials for participants.

Pre-entries for the mountain bike events close on January 21.

Late entries will be accepted at registration at The Boardwalk Convention Centre the previous day and until 5.30am on the morning of the race in Addo.

Visit www.heraldcycletour.co.za to enter or to view route maps and profiles. 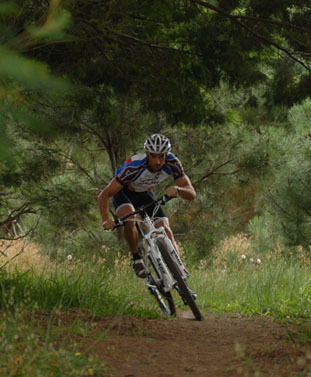