University sport in South Africa is set to get a high-performance boost with the launch of the Varsity Sports competition platform, which took place in Plettenberg Bay on Wednesday and Margate on Thursday.

Spawned from the highly successful Varsity Cup rugby tournament, Varsity Sports is the result of a partnership between 11 of South Africa’s top universities and Advent Sport Entertainment and Media (Asem).

Speaking at the launch, Asem CEO and former Springbok captain Francois Pienaar said the first phase of the made-for-television inter-university competition would get underway at the end of the month with two action-packed Olympic sporting codes in men’s rugby sevens and women’s beach volleyball.

The latter was introduced at the Atlanta games in 1996, with the former set to make its debut in Rio de Janeiro in 2016.

“I personally believe there is so much sevens talent out there that will emerge through Varsity Sports,” said Pienaar.

“And this year women’s beach volleyball was the most sought after ticket at the Olympics. You’ve got great athletes, it’s glamorous and great fun.”

According to him, the competition, which had been three years in the making, aimed to achieve three major goals.

“Firstly, we want to be the high-performance level between school and professional sport, giving those students with talent the chance to compete on television in a structured environment.”

To this end, Pienaar said Varsity Sports would play a supporting role to all University Sport South Africa structures and sporting federations.

“Secondly, Varsity Sports will be assisting with transforming the sport to provide opportunities at tertiary level. But, and this is very important, the participants have to study and be successful because there is life after sport.

“And, thirdly, we have to commercialise the space in order to bring sponsors on board and ensure that the concept is sustainable and self-sufficient.”

Co-sponsors First National Bank, Steers and Cell-C have already come on board, with more announcements expected shortly.
Pienaar said universities were the breeding grounds for the next generation of sports stars and cited the achievements of American-educated athletes at this year’s Olympic Games.

“If the universities in the United States were a participating country, they would have been second overall.”

“It’s a simple concept – Monday night is going to be Varsity Sports night across a number of sporting codes. The formats are made for TV, so they’re short, sharp and focused.”

He said the year-end beach volleyball and rugby sevens would deviate slightly with weekend tournaments at holiday destinations Plettenberg Bay and Margate because the students would be on their summer break by then.

Pienaar said one of the highlights of the Plett event would be the presence of Britain’s Olympic volleyball star Shauna Mullin, who would commentate and take part in an exhibition match with South African players.

“After the match, we will have a competition draw for the school children who attend the event. Varsity Sports will give back to the local community by sponsoring the lucky winner’s education for the next year.”

He said a focus on education was critical to the success of the concept.

Pienaar said sports fans could expect a big announcement early next year about the other sporting codes joining the line-up. “This is just the amuse-bouche or hors d’oeuvre of what’s to come.”

The competition kicks off in Plettenberg Bay on November 23 and 24, before moving on to Margate on November 30 and December 1. All games will be broadcast live on DStv’s SuperSport 7 channel from 8am daily. 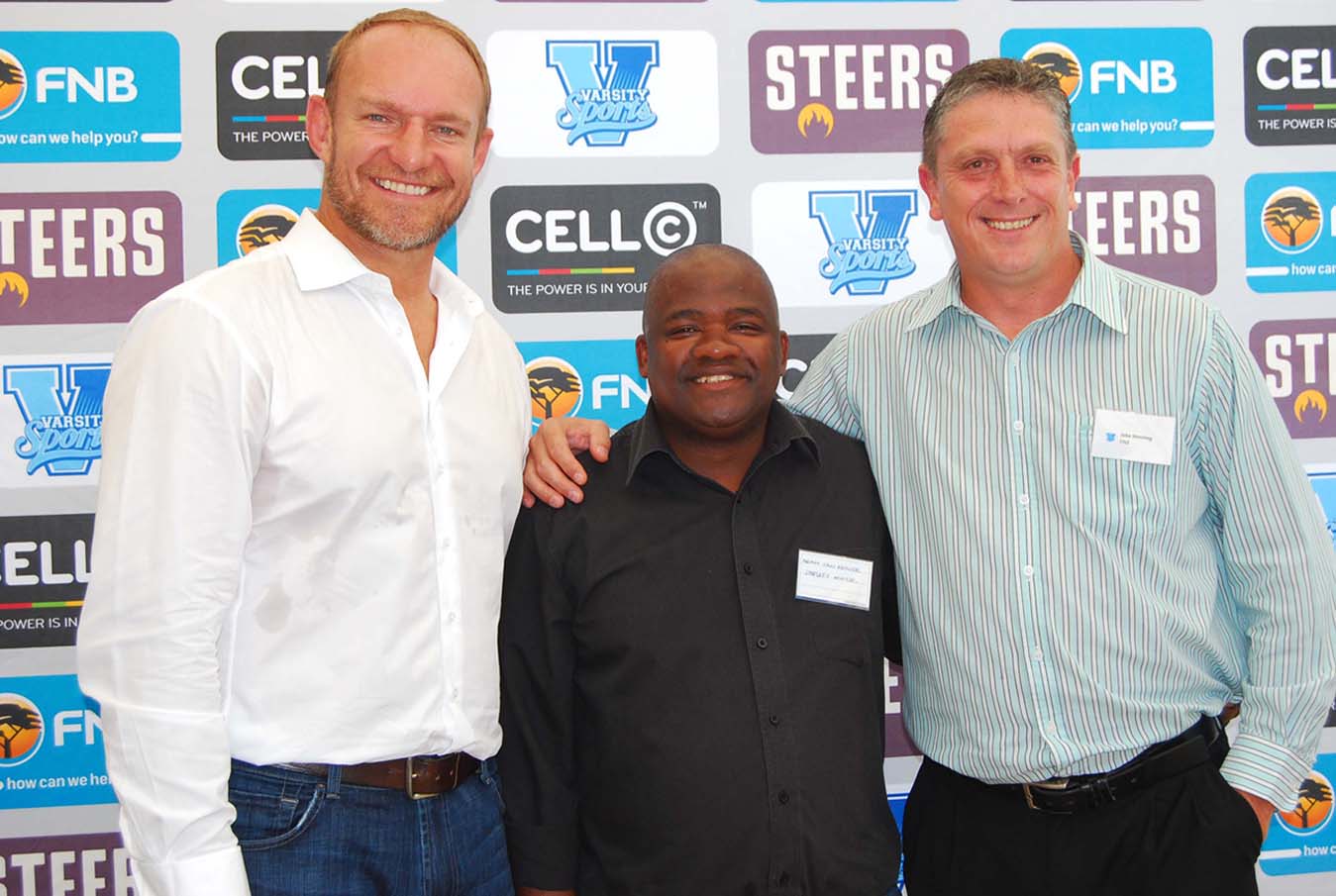