A number of big retail brands, including a national bank, have signalled their confidence in the rejuvenated Port Elizabeth central business district by moving into Pier 14 Shopping Centre on Govan Mbeki Avenue in time for the festive season.

The most recent addition, the North End branch of Standard Bank, is relocating to Pier 14 and will open for business on December 1. It joins new fast food franchise outlets Debonairs Pizza and Cassie’s, which started trading last month.

According to Martin Wragge, CEO of GRITprop Investments, which owns Pier 14 Shopping Centre, the influx of national tenants was in part due to a five-year, R40-million expansion process.

“The upgrade has increased footfall and turnover and we now have more than eight million feet passing through our doors annually.”

Wragge said management was anticipating bumper peak season trading, with retail turnovers expected to top R270 million for the financial year. “We are thrilled that our efforts to increase trading volumes are finally paying off.”

He said total average trading densities were up by 18.1% and that the trend was expected to continue as management not only attracted new tenants but also “right-sized” the existing tenant base.

“Too many of our tenants have been trading in oversized spaces due to historically cheap rentals.”

Over the past six months, Pier 14 had been engaged in a process of reducing the floor space of existing tenants by between 20 and 50%, said Wragge. “The result is better densities, more affordable rentals and greater profitability for the tenants and centre alike.”

He said the downsizing process had also opened up new trading spaces for retailers on the ground and first floors, which had been fully occupied for some time.

“With the recent addition of Cassie’s and Debonairs, we now have a good mix of food retailers.”

Debonairs Pizza co-owner Taki Pitsiladi said he and his partners, brother Peter and Hugo Fourie, had always believed that there were good business opportunities to be had in the centre.

“There’s lots of trade and movement on the ground floor and we’re in a good position right next to (anchor tenant) Shoprite.”

“We’re currently in negotiations with a few more national tenants, which we obviously can’t name yet.” 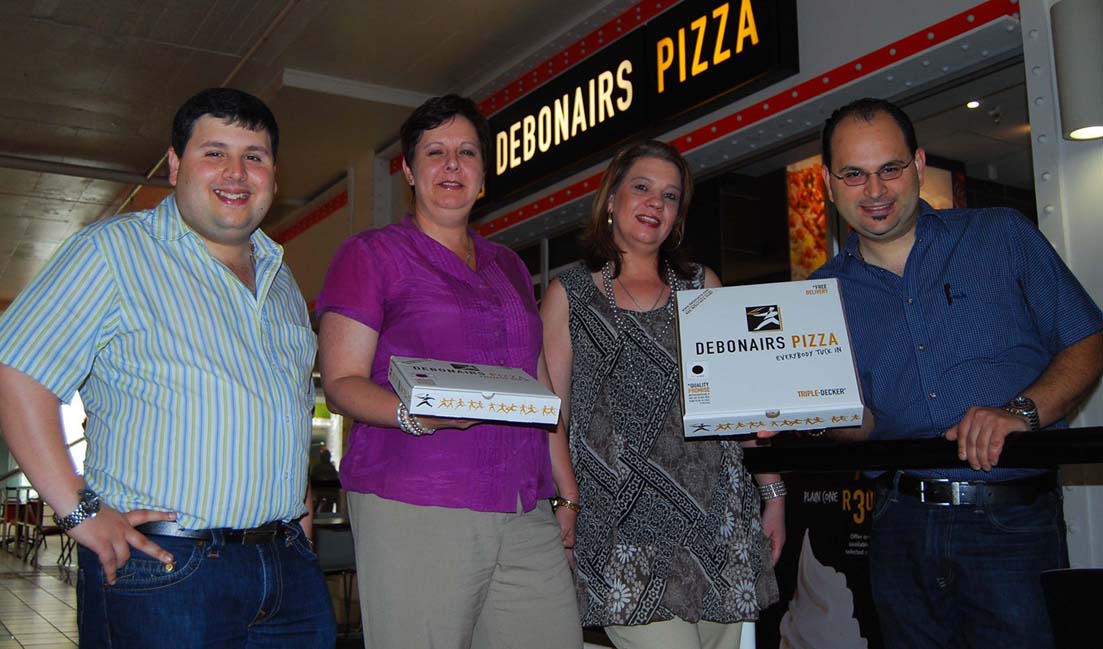