In a first for international off-road racing on the southern tip of Africa, the 2013 edition of the Old Mutual joBerg2c will see timed enduro sections included in the nine-day mountain bike journey across South Africa.

Dubbed “the race within the race”, these single-track sections would be known as the Red Bull Runs and give riders the opportunity to show their skill, said one of the organisers Craig Wapnick.

Wapnick said there would be seven timed sections in the 910km (565 mile) race, which starts in Heidelberg near Johannesburg on April 26 and crosses the country before finishing at Scottburgh, south of Durban, on May 4.

“We will carefully choose the sections to ensure that they are not too dangerous but still challenging. The Red Bull Runs are there for teams and solo riders to have some fun.”

According to him, enduro racing – which involves completing a number of stages against the clock in the shortest overall time – was fast becoming one of the most compelling formats around the world.

“It allows good technical riders who may not be able to compete for the podium in a normal marathon to show their skill on single-track stretches of around 5km each.”

“For example, for those who are familiar with these routes, we will have a timed run from the top of Spioenkop down Long Drop Pass on day four, which is day two of Berg and Bush.

“We will also have one from the top of Nick’s Pass to the school on day eight, which is day two of sani2c.”

He said the enduro sections, timed by Spectrum Sport, would provide a burst of competitive excitement and give all participants something to look forward to.

“There are many great riders in the field who are not racing snakes but who will hold their own on these sections.”

Wapnick said the daily winners and overall podium would be rewarded with prizes sponsored by Suunto.

“This initiative once again shows the organisers’ passion for proper mountain biking and showcasing the best South Africa has to offer.”

The fourth edition of the race will be limited to 300 teams, with riders from 16 nations – including the United States, Britain, Belgium and Australia – signed up to date. 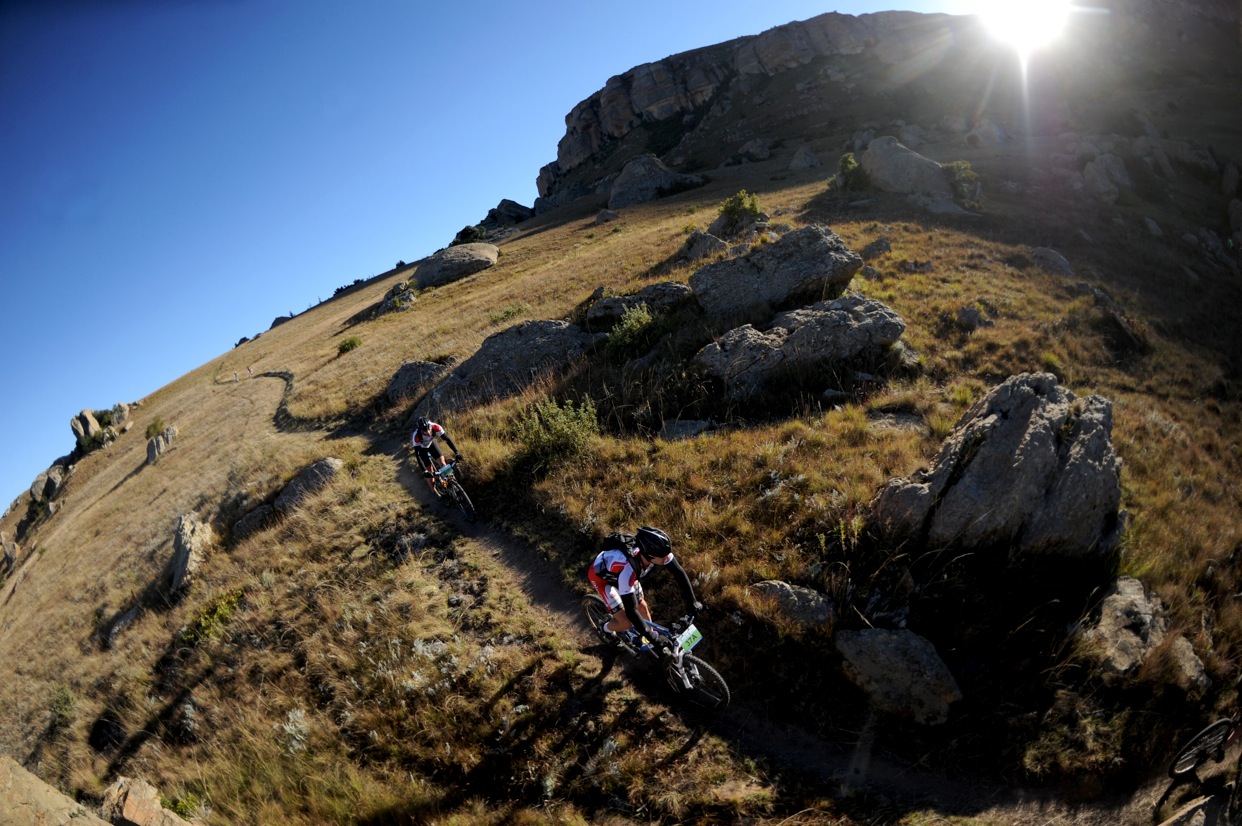