Neil MacDonald and Waylon Woolcock capped a memorable nine days with overall victory in the second Fairbairn Capital/Old Mutual joBerg2c that finished on the beach in Scottburgh, KwaZulu-Natal, on Saturday.

The RE:CM duo won six of the nine stages on the 911-kilometre trek from Heidelberg in Johannesburg to record a total time of 34:20:18.

They beat off early leaders Brandon Stewart and Darren Lill of FedGroup Berg and Bush, who had an aggregate time of 34:46:08.

After surrendering the race lead yesterday, Stewart and Lill bounced back to win the 85-kilometre final stage from Jolivet in the Highflats region in 2:27:26.

Knox and Niyonshuti came home second in 2:27:31, with David Morison and Stuart Marais of Blend Properties taking their fifth third on the trot in the same time.

MacDonald and Woolcock wrested the overall lead from the FedGroup pair on the penultimate day from Mackenzie Club at Ixopo to Jolivet when multiple rear-wheel punctures forced Stewart to complete the stage on the rim.

“It seems like the first stage was a month ago,” said a beaming MacDonald, who attributed his classy performance to his wife Cathy’s support. “Heading into the tour, we said we wanted to take a conservative approach.

“Our aim was to be as consistent as possible throughout and I think that approach stood us in good stead.”

MacDonald said victory in stage two gave them hopes of a high overall place for the first time. “Then, when we only lost a minute-and-a-half on the technical Queen stage (stage four) to Brandon and Darren, we knew we were in the running.”

Woolcock, who dedicated the victory to his girlfriend Christelle and employer Lange Sports, admitted it had not been plain sailing all the way. “We had a few technical issues and falls, but nothing like what happened to FedGroup.”

On the second stage, they were forced to come from behind to record a tenacious victory after technical problems and falls threatened to ruin their day – and tour.

Woolcock rated stage four as their worst, saying he was not feeling great on the climbs, and day eight as their best.

“Yesterday could’ve been very different though. Neil crashed on the tar with four kilometres to go and, on another day, it could’ve been the end for us.”

MacDonald believed that their role as super domestiques for the Bonitas road team helped them in the race, which he described as being “special”.

“As workhorses, we ride close to our limits all the time. It’s very similar to the effort required in a race like the joBerg2c.”

He said their hearts went out to the former leaders. “They’ve been tough opposition and pushed us all the way.”

Stewart said it was “important” for them to win the final stage after the previous day’s deflating experience.

“We wanted to show that we were strong. It’s also nice going out on a high note.”

He said their sponsors were at the finish and they wanted to repay them for their support.

Apart from one mishap, Ischen Stopforth and her British team-mate Catherine Williamson made a clean-sweep of the stages in the women’s category for Team bizhub en route to the overall win in 40:45:34.

“It is different to anything else I’ve ever done. It’s more an experience, a journey, than a race,” said Stopforth.

In the mixed, Erik and Ariane Kleinhans of Fairbairn Capital remained unbeaten throughout for an overall time of 38:41:50. 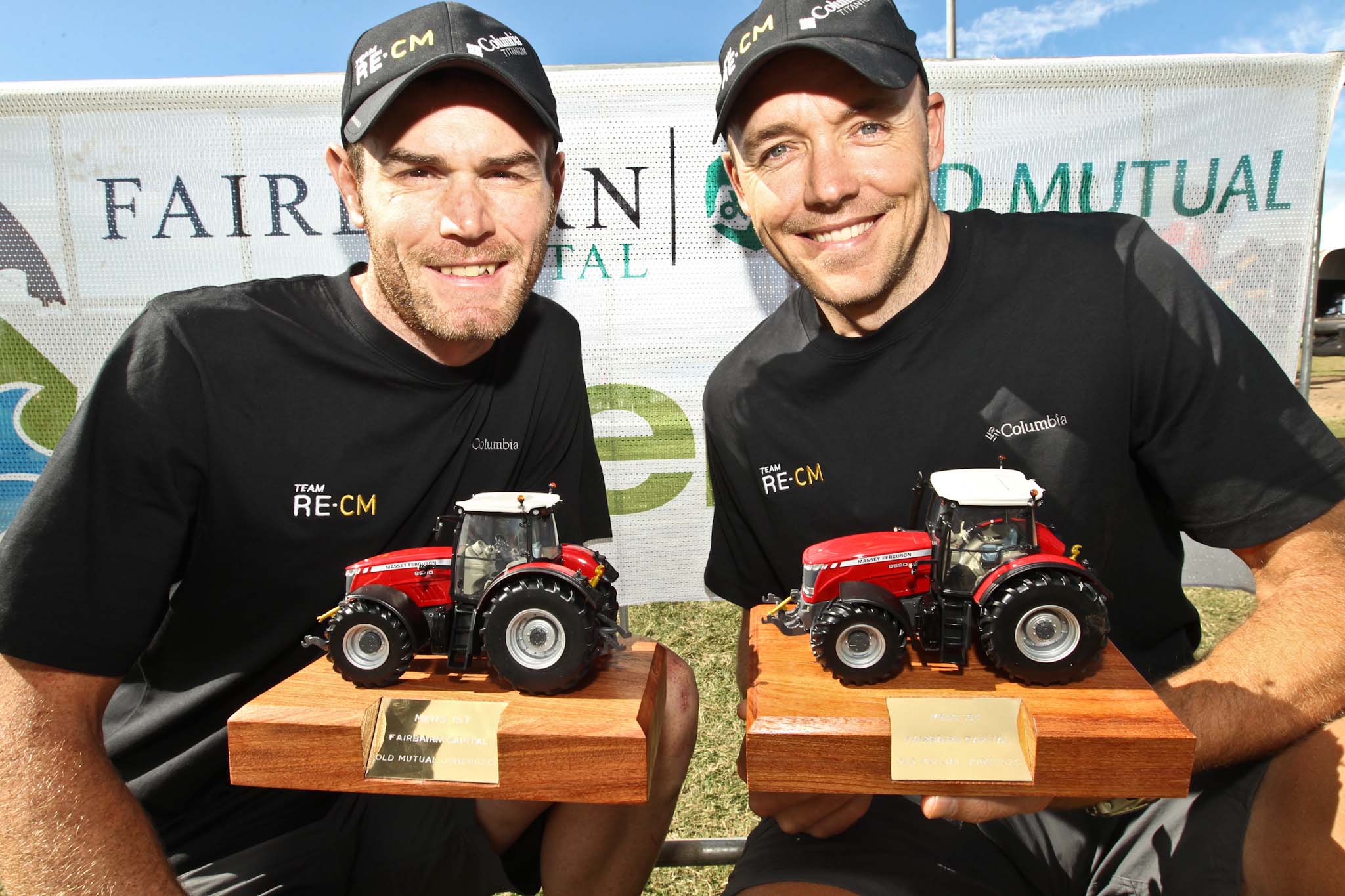