He said the young Rwandan mountain biker was currently in winning form after
securing the African jersey with Namibian team-mate Mannie Heymans at the
recent Absa Cape Epic.

At the same time, Knox, who skipped the brutal eight-day event, would be
fresher than most of their opposition, he said. “Max will also be an ideal
mentor.”

Mclean added that, of the top teams, the duo was the only one that consisted of
two “pure” mountain bikers.

“Their technical superiority could play a role as the race unfolds. Barring
mechanicals, they may just be the team to beat.”

Roadies Neil MacDonald and Waylon Woolcock, representing Malcolm Lange’s
new Team RECM, are also expected to be in the mix.

Mclean said riders with a road background should be “absolutely fine” on the flat
terrain of the opening two stages, but that they would battle when it came t
the technical stretches in the area of the Sterkfontein Dam.

“Mountain bikers like Knox, Niyonshuti and Stewart will start to come to the fore
on the single track later on.”

While Mclean and partner Shan Wilson will not be defending their title, last
year’s runners-up, the Kenyan team of David Kinjah and Davidson Kamau
(Safari Simbaz Fairbairn Capital), will be on the start line.

Mclean however expressed his doubts whether they would be able to go one
better than last year given the standard of entries in 2011.

“With prize money of R300 000, the race is starting to attract the top pros. As
nice as these guys are, at this level of competition they’re just not a threat.”

With regard to the women’s race, Mclean said his money was on former
MTN Series champion Ischen Stopforth and her British team-mate Catherine
Williamson (Team bizhub).

“If they’ve both rested well after the Epic, they will have the edge.”

Last year’s winner Yolandi du Toit and new partner Aurélie Halbwachs (Develop)
would also be “right up there”, he added.

Mclean stressed the fact that it was a test of endurance and that the race would
not be won on the first day. “Nine hundred kilometres is a long way and a lot
can happen in nine days.”

He said riders would need to watch their nutrition, stay healthy and “hope for a
bit of luck”.

Mclean, who is still recovering from an iron-deficiency related illness, said he
would join the 220 two-man teams on stages six through eight as a guest.

The race leaves Heidelberg in the south of Johannesburg on April 29 and arrives
on the beach at Scottburgh, KwaZulu-Natal, on May 7. 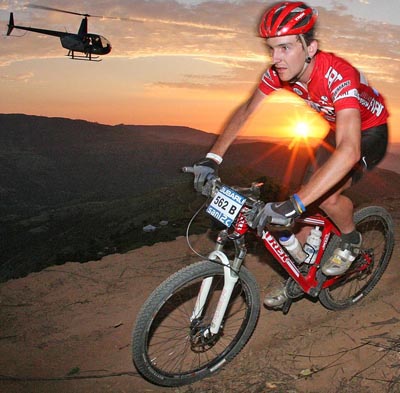 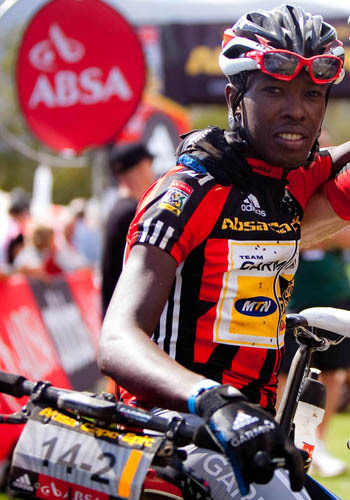