In a major coup for the Nelson Mandela Bay Splash Festival, Canadian singer Justin Hines will thrill fans with his only public performance in South Africa at Hobie Beach in Port Elizabeth on April 23.

Hines, whose moving single “Say What You Will” is currently receiving extensive airplay on Algoa FM, will lead an exciting Easter weekend line-up of national and local artists.

The singer-songwriter is wheelchair-bound as he suffers from the rare genetic condition, Larsen syndrome. “I know my physical situation is a bit of an attention grabber, but, as an artist and performer, it is my job to hold the audience’s attention and let the music speak for itself.”

His South African representative, Bronwen Nel, said Hines had been “blowed away” by the South African remix of the single, which featured stirring additional vocals by the Port Elizabeth-based Services Seta Siyaya Learner Choir and the Key Note and Allegro acapella groups.

Nel said Hines’ team was so inspired when they came to shoot the local music video that they asked how they could give back to the community. Vocalist Michael Grootboom suggested that the singer rally support and assistance for his struggling alma mater – Despatch Primary School.

The result was the “JustInspired 2011” campaign, which will see 20 additional township schools receive mini-makeovers in 11 days. Hines will be in Nelson Mandela Bay to wrap up the campaign documentary when he performs at the festival.

The full programme of entertainment kicks off on Friday, April 22, with a blend of contemporary gospel and traditional rhythms from the energetic Watoto Children’s Choir. The Ugandan group travels the world raising support for orphaned and vulnerable children in Africa.

They will be followed in the evening by some authentic South African flavour in the form of Afrikaans artists Jakkie Louw and Gerard Steyn of “Baby Tjoklits” fame.

On the Saturday afternoon, Hines takes to the stage at 4pm, backed by PE’s very own New Afro Teens.

Following his performance, Pretoria rock band Wrestlerish will pump up the crowds ahead of the fireworks display at 8pm, with hometown hero Loyiso Bala keeping the vocal pyrotechnics going after that.

According to programme coordinator David Limbert the Splash Comedy Festival on the Sunday evening “will have audience members in stitches” as funnymen Barry Hilton, Kurt Schoonraad, Roland Gaspar and comedienne Tumi Morake set about tickling their funny bones.

Limbert said another crowd-pleaser would be the hotly contested semi-finals of the Bay FM Search for a DJ on Friday and Saturday night, with the final round on Sunday.

The legendary Dr Victor and the Rasta Rebels end the festival on a high note after the closing ceremony on Monday.

“In addition to all of these highlights, we’ve got loads of local entertainment,” said Limbert. “We’ll be mixing it up throughout the day, every day.”

He said Puddles the clown, Rocket Man and Belimo the magician would be on hand to keep the children entertained, while Steff the hypnotist and mentalist Larry Soffer would astound the adults.

“The little ones can also look forward to our daily theatre production, Peter Pan and the Pirates, which we’ll be presenting in association with Stageworld.” 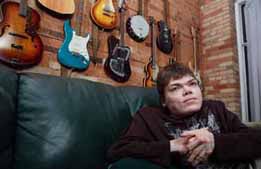