“Bafana Bafana” got their campaign off to a losing start when they narrowly lost out to “Mexico” in a five-a-side football tournament that got underway at the FIFA Fan Fest™ in Port Elizabeth on Friday morning.

In the first game in the men’s open section, the Warren Jack Property Group Ghetto Stars, masquerading as Bafana Bafana, lost out by two goals to one to the Downtown Print Young Teenagers, otherwise known as Mexico.

Thirty-two teams from football associations across the Eastern Cape are competing in the competition that follows the actual 2010 FIFA World Cup™ programme.

Each team has drawn an official FIFA World Cup™ nation, which they will be representing throughout the month-long tournament. 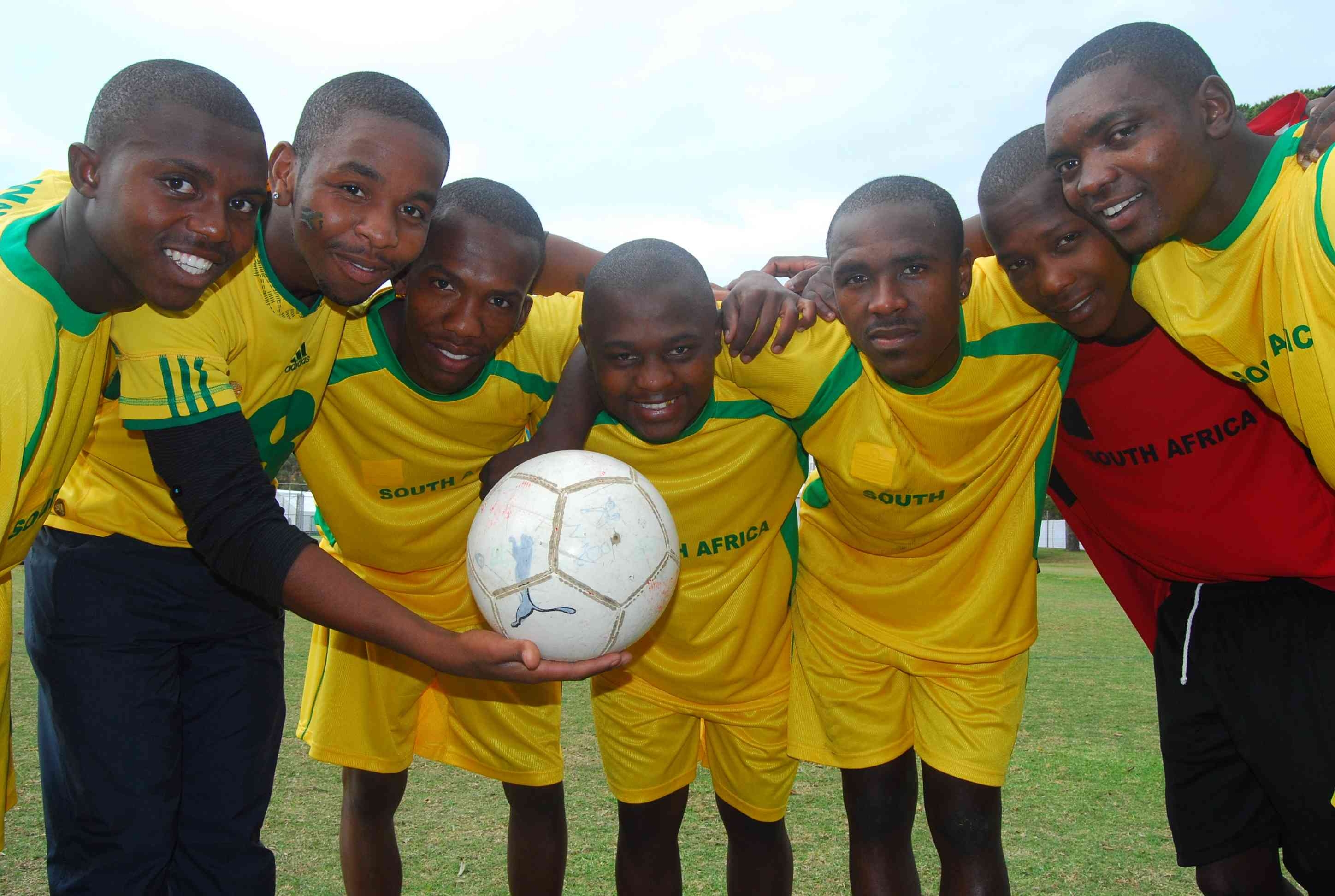 Ghetto Stars, based in the Walmer Township, have won the Walmer Soccer Association league on three occasions, but failed to convert their opportunities into a victory at the B-field Arena at St George’s Park.

Captain Thobani Mxube (25) said they were extremely proud to be representing the home nation and he was visibly disappointed at the loss.

“We tried our best, but unfortunately there must be a winner and a loser. This is not the end for us. We’ll do better in the next match. We won’t let our heads drop.”

Mxube insisted that their loss should not be seen as a bad omen for Bafana’s match later in the day. “Bafana will win today, because they have the whole country behind them.”

He believed Bafana would “rise to a whole new level” and predicted that they would make it all the way to the final.

“We want to say to Bafana that they will do well. The Lord will guide them and all the fans will be with them. We wish them good luck.”

The five-a-side tournament continues on Saturday from 11am with matches between “Algeria” and “Slovenia”, “Serbia” and “Ghana” and “Germany” and “Australia”.

Entrance to the FIFA Fan Fest™ is free.

CAPTION: Ghetto Stars, playing in the colours of Bafana Bafana, lost their opening match in the five-a-side tournament at the FIFA Fan Fest™ in Port Elizabeth. Photo: Full Stop Communications