A development programme for emerging female umpires was one of the spin-offs of this year’s SPAR Eastern Cape Schoolgirls Hockey Challenge.

The initiative was facilitated by The Umpiring Company, which was established in Gqeberha to support umpires in a professional and legal capacity as well as to help further their umpiring dreams.

The programme is led by Adam Postepski, who started umpiring six years ago.

“I noticed that there were a lot of umpires who needed support and I just found that this aspect, as well as upskilling, was not at the level one would have expected.”

The Schoolgirls Hockey Challenge has been running in the Eastern and Southern Cape since 2016 and involves hundreds of players competing in five regional tournaments with the winners advancing to the provincial finals.

This was in line with SPAR’s focus on the upliftment of women as well as highlighting the importance of equal representation in sport.

Kemp said her motivation was to make a difference in Eastern Cape hockey by becoming more involved rather than complaining about sub-par umpiring. 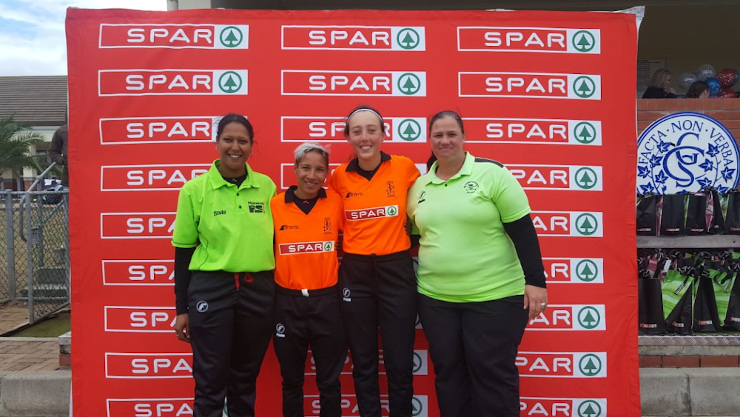 “I especially want to help up-and-coming umpires to grow and to continue to serve the game,” she said. “This tournament is a great chance for us and every opportunity to umpire is a lesson learnt.”

Telfer, a former hockey player, said she wanted to give something back and that led to her taking up the whistle. She added that she loved the event and that the umpiring had been of a good standard.

“It shows that they have the ability to officiate in the leagues and I’m hoping the younger ones will step up to the plate.”

Kruger started umpiring at the age of 15 so that she could stay involved in the sport after school and said the hockey challenge had been a good opportunity to measure her progress.

The shorter 25-minute matches in this competition put more pressure on umpires, she noted.

“In these high-pressure matches you have to stay calm and collected.

“When I umpire, I always try to have a positive attitude and make the players feel as if I’m on their side and not some nasty person trying to rule the field.”

It was Fredericks’ debut outing at the Schoolgirls Hockey Challenge and she was thrilled to be a part of it.

“The experience was amazing and I was privileged to be one of four women at the finals,” she said.

“During the event I realised that results were not always a true reflection of matches or players’ abilities, but that sportsmanship speaks volumes.”

Fredericks hoped to inspire the next generation to become involved in officiating.

“In this way we can increase the number of umpires in our province and grow the game. Regardless of who you are – a player, coach, manager or umpire – there is always room for growth.”