Meet the Komani dealer principal who is everyone’s friend

Treat your customers as if they are family and they are likely to return the favour.

This is the most valuable lesson motor industry icon Len Tolmay has learnt in a career that has spanned more than four decades.

“Where people are concerned, it is important to focus on the details. A small gesture can go a long way,” said the new dealer principal of Kelston Ford Queenstown.

“Our relationship with the people of Komani and the surrounding areas is the primary focus for me and my team.”

Tolmay, who is tasked with developing the brand’s footprint in the Komani region after successful stints at Ford in Cradock and Chery in East London, said reaching out to the local community was essential to building the Kelston brand.

His career path was not immediately clear when he “klaared out” of the army. He ventured into the financial world by becoming a trainee accountant and studying part-time but it was an opportunity to join a vehicle dealership in 1978 that changed his life.

“From then I never looked back,” said the 67-year-old, who was born and educated in Benoni in Gauteng.

“I spent nearly 20 years with Associated Motor Holdings and built my career on the principles of honesty, trust, transparency and consistency.” 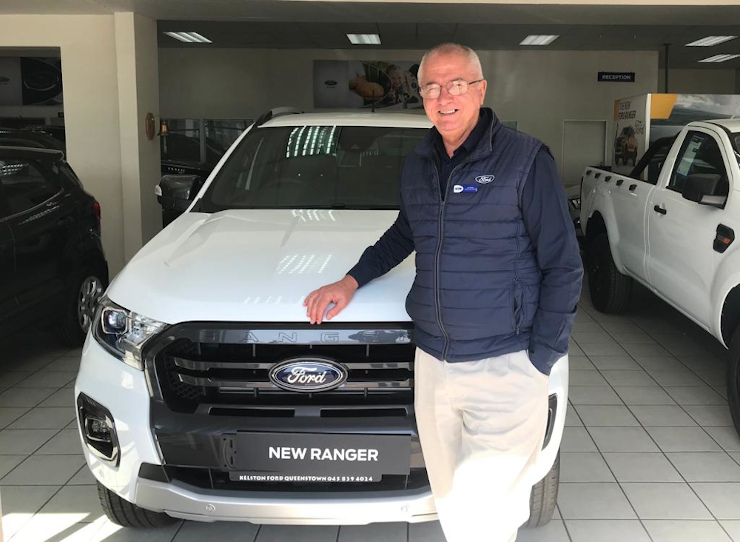 Having lived through the ups and downs of the industry, he listed a sizeable dose of self-belief, following the right processes and nurturing one’s clientèle as three of the most important pillars of sustainability.

Of course, a genuine passion for your product can also be a driving force.

“My own slogan – ‘I love my Ford’ – is an integral part of my strategy in taking Ford Queenstown to everyone,” said Tolmay, who has been steering his new ship since August.

Apart from the public, that “everyone” includes the agricultural sector as the group has close ties with the farming community. It also serves government departments and transportation services.

In Komani, he wants his experience to rub off on his staff as they chase the ideal of delivering top-class customer service.

“Transferring my knowledge is a big personal objective,” explained Tolmay, who believes the dealership is a genuine vehicle for creating opportunities.

Furthermore, he wants to build a team that support him in his belief that both the big and small guy matter to the Kelston Motor Group.

Even though the group and Ford are staples of the Eastern Cape, his goal is continued growth for both. In that regard, he looks forward to reaching out to the country’s up-and-coming middle-class.

“There is a massive emphasis on ensuring customers from all walks of life are looked after as they are the heartbeat of our sales and after-sales businesses.”