Madibaz cricket captain Kyle Jacobs is banking on the support of his teammates – and consistency – when they return to the competitive arena of the University Sport South Africa week in Gqeberha next month.

Nelson Mandela University will host the national tournament from December 8 to 12, signalling a return for the annual competition after a year’s hiatus due to Covid-19.

Twenty-three-year-old Jacobs, a right-hand batsman and leg-spin bowler, said he was privileged to lead the team and believed they had the talent to be a force.

“It’s an absolute honour; the support I have received from the players has been unbelievable,” he said.

“That has helped me to believe in myself as captain as the players always take on board what I feel needs to be done. That sort of backing motivates me to keep improving as a leader.”

Jacobs, who played for the Warriors provincial team in the domestic Twenty20 competition this season, said Madibaz were eager to test themselves against their varsity contemporaries.

“The mood in the camp is one of a very good nature,” said the third-year B Ed student.

“The guys are really positive and are looking forward to playing at another level, where the matches will be of a higher intensity.” 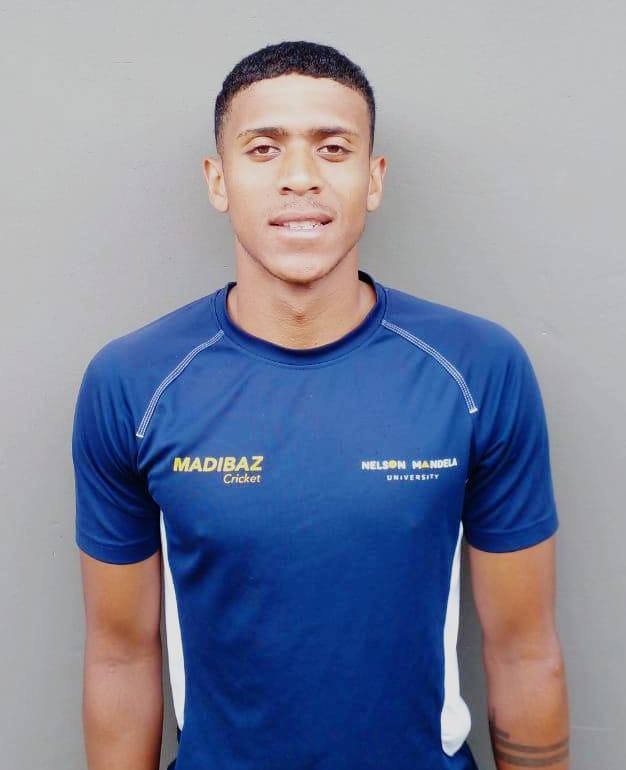 Madibaz cricket captain Kyle Jacobs relishes the opportunity to lead the team at the University Sport SA tournament, hosted by Nelson Mandela University in Gqeberha from December 8 to 12. Photo: Supplied

After going down to UP-Tuks in the 2017 final, Jacobs felt he had a good idea of what needed to be done this time around.

“Besides focusing on doing the basics well, we have to make sure that we inject consistency into our play. Sticking to the basics for long periods is key,” he said.

“For instance, we need to make sure we bat out our 50 overs. If we can do that, I am confident that we will achieve a good run-rate.

“The bowlers also need to play their part, which they have been doing very well in the club games. It will be a matter of trying to keep that form going at the USSA week.”

Jacobs also believed that playing on home turf could tip the scales in their favour.

“Often in the past we have had to adapt to conditions which are different to what we have at the coast, so it’s refreshing to have this chance at home.

“This is an opportunity for us to put our opponents under pressure in conditions familiar to us, so that is quite exciting.

“I believe if we hit our straps and play to our potential, we have a good chance.”