Madibaz netballers keen to make an impact at nationals

Players from the SPAR Madibaz Netball Club are eager to impress when they turn out for two Nelson Mandela Bay teams at the SPAR National Championships next week.

The tournament, which incorporates senior and U21 sections, will be played at DF Malan High School in Cape Town from December 6 to 11.

Nelson Mandela University student-athletes are well represented, with eight players in the senior outfit and six in the U21 squad.

The experienced Jeanie Steyn (senior team) and promising Zihle Makamba (U21) are two of the players expected to make an impact.

“We are very excited to represent Nelson Mandela Bay at the national champs as it is yet another opportunity to play against competitive teams and to showcase our talents,” said Steyn.

“We are also privileged to have a fantastic and experienced management and coaching team, which contributes to the dynamic energy within the team.”

After being bundled out in the semifinals two years ago, Steyn left no doubt of their hunger to improve on that performance. 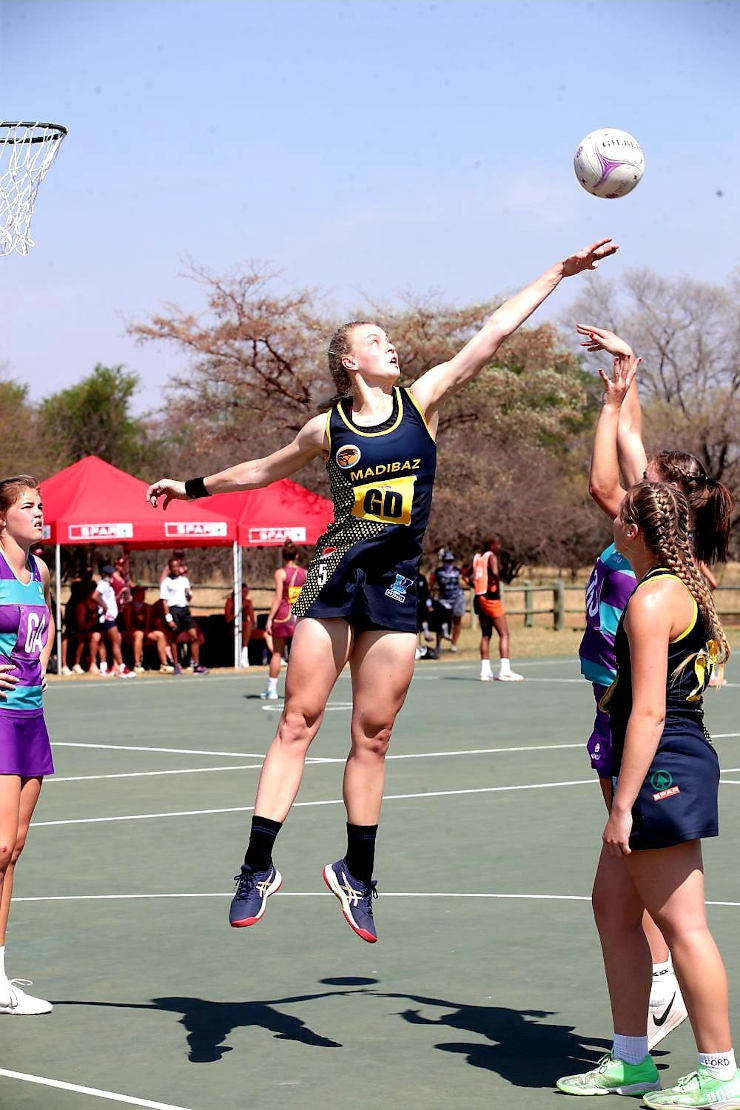 SPAR Madibaz netball star Jeanie Steyn (middle) will be aiming to use her experience to help the Nelson Mandela Bay A team achieve success in the SPAR Netball National Championships in Cape Town from December 6 to 11. Photo: Supplied

“This will be our last competition of 2021 and we want to end it off in such a way that it rewards the hard work that we have put in throughout the year,” she said.

“I am looking forward to seeing the team perform because I think we can surprise some of the other sides. Our focus will be to build momentum and confidence throughout the tournament and to secure a spot in the semis.”

Makamba, who was selected for the SA U19 squad this year, said it was an opportunity to “measure yourself against the best”.

“This is a big chance for all our players to show what we can do and to learn from the exposure of playing against the best U21 players in the country,” she added.

“My goal is to go out there to do my best and to learn from the whole experience.”

Makamba felt that a concerted team effort would be essential.

“Netball is a sport that requires every single player to pull her weight, so we just have to play together, communicate with each other, motivate one another and be patient.”

Krige, who has been closely connected to the Madibaz players in the Varsity Cup and USSA competitions, said they realised that it would be a serious challenge this time around.

“All the regions will be represented in the A-section, so it is going to be really strong. Two years ago, it was a really good achievement to make the semifinals and that will definitely be our goal again.”

She felt the key to success would be in managing their resources properly.

“We play two games every day, plus the playoff rounds, so to keep the players fresh throughout will be the challenge in Cape Town,” explained Krige.

“We have really good players in both circles, and speed and class in midcourt, but the competition will be tough, so it’s a matter of keeping enough fuel in the tank for the playoffs.”

The Madibaz players attending the champs are: