SPAR Madibaz captain Mothira Mohammad wants her team to translate their intensive preparation into a confident performance when they compete in the Varsity Netball tournament, starting on Saturday.

The competition will take place in a bio-secure environment in Stellenbosch at the Coetzenburg Indoor Centre and will run from August 21 to 30.

Mohammad and her teammates have been working hard for several months to prepare for what will be a rigorous challenge for all sides. Matches will be played each day, but the Thursday (August 26) has been set aside as a rest day.

The 22-year-old Madibaz skipper, who has taken over from the experienced Jeanie Steyn, said it would be important for the side to believe that they could overcome any obstacle.

“My message to my colleagues is that I want them to focus on going into this tournament with a positive mindset,” said Mohammad.

“They need to show confidence in their performances as they have been working hard to prepare for the tournament.”

As the competition did not take place last year, Madibaz are fielding a new, untried squad under the guidance of experienced coach Lana Krige and manager Melinda Goosen.

Mohammad acknowledged that there would be some tough games ahead. 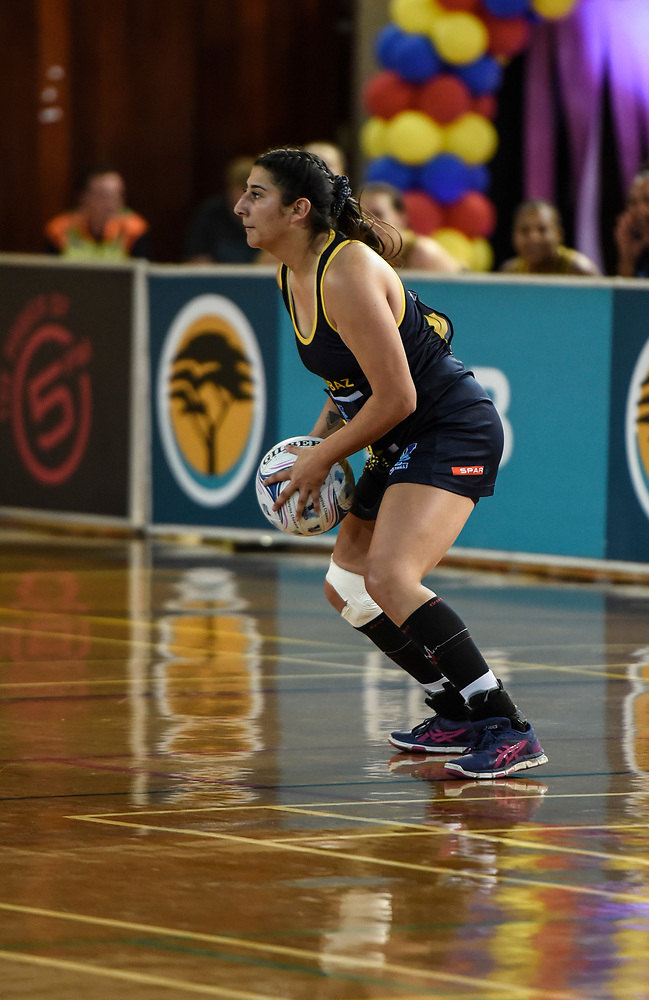 Mothira Mohammad will lead the SPAR Madibaz team when they begin their Varsity Netball campaign in Stellenbosch on Saturday. Photo: Catherine Kotze/Varsity Sports

“Most of our ladies in the squad have only experienced schools netball and the level of play in Varsity Netball and the pace of the matches will be something we will have to adapt to.

“But we are also a dynamic and enthusiastic team with great energy and that will benefit us going into a 10-day bubble.

“We have prepared well for this occasion through visual training, attending gym sessions and having on-court exposure with our coach.”

She added that their top priority would be to focus on their own performances and to work on constant improvement during the course of the tournament.

“We want to learn more about ourselves because we are also preparing for the USSA (University Sport SA) tournament in September.”

The Nelson Mandela University team open their programme on Saturday against University of Western Cape and their final match is against North-West University on August 28.

Once the league phase of the competition is over, the teams will enter the playoffs to decide the final positions.

The matches will be screened live on SuperSport.