The SPAR Eastern Cape Schoolgirls Hockey Challenge has been postponed following the decision by the Department of Basic Education (DBE) to suspend all contact sport at schools with immediate effect.

With the prospect of a third wave of the Covid-19 pandemic looming, this means the tournaments in Grahamstown and George will not be played as scheduled on May 23 and May 30 respectively.

The provincial finals, which feature the various regional winners, were due to take place in Port Elizabeth on July 31 and August 1.

National tournament director Les Galloway said that while it was a frustrating time for all sports enthusiasts, their primary objective was to safeguard the health of the players and officials concerned.

“We respect the decision of the DBE and will naturally fall in line with the regulations they have laid down. We want to assure everyone that the health of the players come first.”

She added that they were grateful that three of the five playoffs had already taken place.

These were held in East London, Port Elizabeth and Queenstown, with Clarendon, Collegiate and Queenstown Girls’ High emerging as the respective winners.

“It is great that we have had these events which have at least allowed the girls to experience the competition, but obviously we need to be careful going forward.” 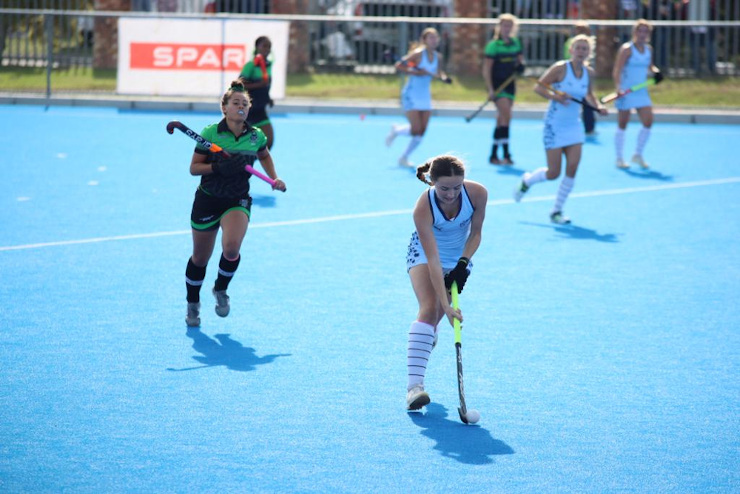 Collegiate’s Micaela Sanderson goes on the attack against Pearson in the final of the PE Coastal leg of the SPAR Eastern Cape Schoolgirls Hockey Challenge at Framesby in Port Elizabeth this month. The tournament is on hold following the decision by the Department of Basic Education to suspend schools contact sport. Photo: Leon Hugo

Galloway said that because the Covid-19 wave could ebb and flow, they were keeping their options open regarding the future of the event, hence the decision to postpone rather than cancel the remaining tournaments, as happened last year.

“What we want to do is to monitor the situation and to be guided by the DBE on the way forward for schools sport. We are definitely keen to continue the tournament if the restrictions are eased.

“If that does happen, we will also check with the schools if they are available and make the decisions on the events based on that. It will obviously have to tie in with what dates are available if we get the green light.

“These SPAR tournaments are a highlight on the schools’ hockey calendars and I believe that they will be keen to play if their calendars allow.”

SPAR EC promotions and events manager Alan Stapleton said it was disappointing but he still had hope that the event would be completed.

“The suspension of contact sports is a sad but necessary precaution as the Eastern Cape hockey challenge was building to a wonderful climax,” he said.

“With the Grahamstown leg poised for some exciting competition, we were anticipating another great day of competitive camaraderie this weekend.

“Hopefully we will still be able to find time in the school calendars to complete the last two legs, and to host the final in Port Elizabeth before the matrics take their leave.

“The SPAR Schoolgirls Hockey Challenge is a great memory for these girls so it will be special if we can still squeeze these events into the year.”

In its statement, the DBE said it would continue to monitor the situation regarding the possible resumption of schools sport.