The FNB Madibaz rugby team are ready to measure themselves against some of the best sides in the competition when the last block of Varsity Cup matches gets underway on Monday.

The annual student tournament was postponed for a week due to Covid-19 concerns, but now the Nelson Mandela University outfit are gearing up for the final challenge.

Coach Andre Tredoux knows it will not be easy as they will be up against three of the top four teams on the log in Stellenbosch, second-placed UP-Tuks and frontrunners UCT.

However, the Madibaz mentor said they would continue to produce their best out on the field.

“As a team we want to grow and improve,” he said. “We have three very tough games coming up and would like to fight for everything.

“We want to measure ourselves against the best.

“Maties are a quality side, combining speed and power, Tukkies are all about physicality and Ikeys play a brand of fast running rugby, combined with an experienced pack of forwards.

“We realise that we will have to protect our possession much better and be prepared to man up at the set pieces and on defence. We know it will be hard, but we look forward to this challenge.” 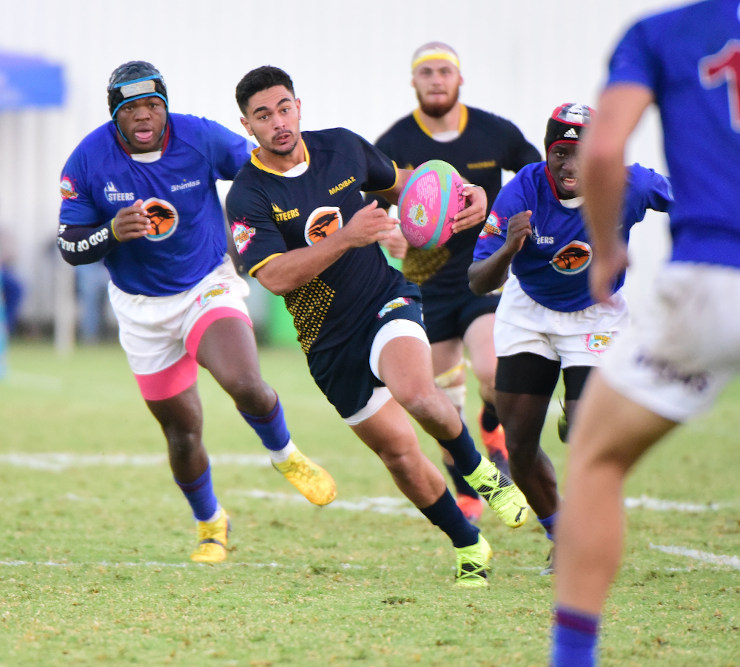 Tredoux said the week’s delay in the competition had created an opportunity to regroup after the tough start.

“We are constantly working on our set piece and defence, while also trying to focus on a fast, attacking game.”

Madibaz are playing in the top flight of the Varsity Cup for the first time since 2018 and the coach said the fighting spirit of the players had been outstanding.

“As coaches we can’t fault the efforts of the players,” said Tredoux. “They have never given up and that can be seen in the fact that we have picked up the most bonus points in the competition.”

The team came within a whisker of recording their first win in their most recent game, losing to Free State University 24-20 following a try by their opponents after the final hooter had sounded.

Tredoux said the match was typical of the courage the Madibaz players had shown.

“The Shimlas match was a game we targeted and the boys were in it to the end. Our defence was immense against them and we even outscored them three tries to two.

“We just have to keep improving on our systems and play for each other. I know the boys will give everything in the last three games.

“As we enter the final week, we would like to thank Varsity Cup for putting on such a good tournament and all the support and encouragement we have received.”