The hard work and discipline of the University of Johannesburg squash team were rewarded when they won the University Sport South Africa title for the eighth straight year in Cape Town last week.

Guided by coach Mike Bester and captain Blessing Muhwati, UJ continued a remarkable run of success at UCT by defeating Nelson Mandela University in the final for the second year in a row.

Adding to their triumphs was the performance in the individual tournament of No 1 Alexa Pienaar, who took the women’s title for the third successive year.

Bester said the result was all due to the effort the players put in during the year.

“We have been fortunate to have had a pretty good squad in the last few years and some of them will be moving on next year,” he said.

“But winning the title again is just reward for the disciplined approach adopted by the squad members. Their dedication to training has been the reason behind this success story.”

As the coach, Bester said he merely put the training programmes and guidelines in place and it was then up to the players to fulfil their commitments.

“We do have rules in place for those who don’t quite measure up, but generally everyone has bought into the process and winning the USSA title again is thanks to the hard work that they have put in.”

He added that their success was not based on a programme they merely instituted each year, but rather that they had long-term plans in place.

“For instance, when a first-year comes into the squad we don’t immediately expect big results from him or her.

“Instead, we provide them with targets to reach each year so they can build their way to the top level of varsity squash.”

With Pienaar winning the women’s individual title and Muhwati finishing third in the men’s section, UJ were seeded No 1 for the team competition from Wednesday to Friday.

They duly completed another tournament triumph with a comprehensive 24-3 win over Madibaz in the final, winning all six matches. Each team comprised three men and three women.

“Naturally a player like Alexa [ranked five in South Africa] is a cut above the rest, but overall it was a really good team effort to get us through,” said Bester.

“The only close match came at the women’s No 2 position, where Jennifer Preece was pushed to five games by Bianca Brown. So it was another great all-round effort from the whole team.”

Muhwati, Pienaar, Preece and team-mate Panashe Sithole were included in the USSA team at the conclusion of the tournament.

Other accolades were received by Pienaar (chairperson’s player of the tournament award) and Amukelani Zitha (most promising award). 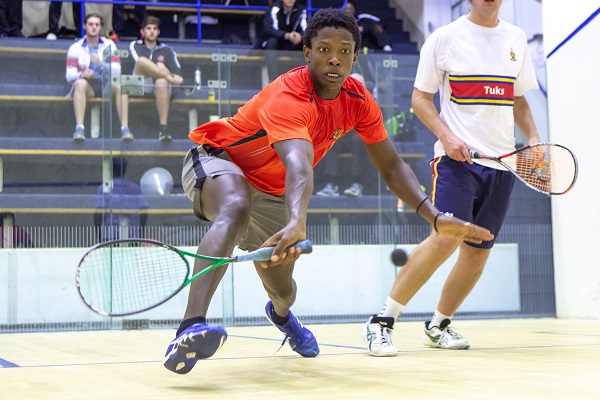