With their future plans somewhat uncertain, renting a property at the Sardinia Bay Golf & Wildlife Estate has proved a winning move for Jarrod and Tammy Hargreaves.

Having recently moved in with their two children, Tammy says they could not be happier and would seriously consider a long-term future at the Port Elizabeth lifestyle estate.

“We have signed a rental option for a year and will have to consider our future thereafter.

“Of course we would love to buy a stand here but it all depends on how the economy turns out. My husband is in the vintage car business and we will have to make a decision when the time is right.”

The Hargreaves lived in Johannesburg but the family regularly visited PE during their holidays.

“When we came here we just used to always stay in Summerstrand because obviously you want to be near the coast,” says Tammy.

“One day a friend of ours said we should have a look at Sardinia and we were amazed at what we came across. It was a jewel that we never even knew existed.”

She says when they moved to the Friendly City in June last year, they would loved to have settled at the coastal estate.

“Jarrod had been down in February to view some possibilities. But, unfortunately, things were just not quite right at the time.

“That is why we decided to look elsewhere and rented a property on another estate.

“Unfortunately that did not work out for us so after about a year Jarrod said he was going to make some enquiries just on the off-chance that something might be available at Sardinia.”

That’s when the Hargreaves renewed a connection with estate agent Leon Erasmus of RE/MAX Bay Properties – and received the happy news that a house was available to rent.

“We were so excited at this development that we didn’t have to give it much thought and quickly took up the opportunity,” says Tammy.

“And it could not have worked out better for us. Everything is really great here.”

She reiterated a theme common among those living at the Sardinia Bay estate, where a peaceful living environment is complemented by the fact that you are so near to major urban shopping centres and schools.

“You are close to town but you are not in town,” says Tammy. “Previously we had to drive for so long to get to school, but now we are just 10 minutes away from Clarendon Primary. That’s nothing.

“It’s a really easy commute and you benefit from the tranquil nature of the estate, with wildlife virtually on your doorstep. You end up taking it for granted.”

She adds that they are also comfortable in terms of security.

“We have not had any worries and are really enjoying what the estate has to offer, plus the fact that we are just a couple of kilometres from the sea.

“My children, aged 11 and 13, are loving it and they tell me this is the happiest they have ever been.”

Tammy says they were eyeing a plot nearby when suddenly they saw graders moving in and realised it had been sold.

“We certainly would like to settle here but we will just have to see what the future holds.” 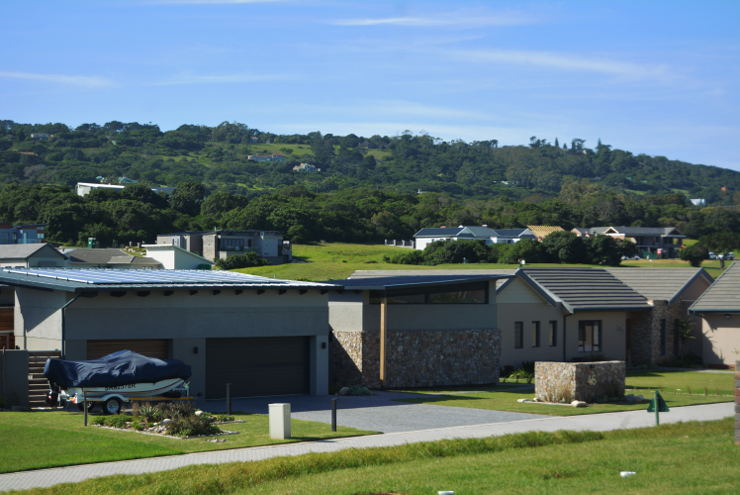 Renting a house at the Sardinia Bay Golf and Wildlife Estate has proved to be the best move for the Hargreaves family as they consider their future. Photo: Full Stop Communications