The Madibaz squash team kept the Nelson Mandela University flag flying high when they returned with the silver medal from the University Sport South Africa tournament early this month.

Played at UCT in Cape Town from June 30 to July 5, Madibaz were defeated in the final by the impressive University of Johannesburg outfit but could still hold their heads high at the conclusion of the week.

This is the view of coach Jason le Roux, who said he was proud of the performances the team put in during a tough week.

“We came through the pool of death in the round-robin phase, finishing with a really good 18-9 win over the strong North-West University team,” he said.

“The players then excelled in defeating Tshwane University of Technology, who had the strongest men’s team at the week, 16-8 and Stellenbosch, in the semifinals, 15-9, to reach their second straight final.”

Although Madibaz went down 24-3 to defending champions UJ, Le Roux said the final scoreline was not a true reflection of the encounter.

“The team really fought hard to get through to the final and there were small margins, but in the end it was just a hurdle too far after a tough tournament.

“Nonetheless I was extremely proud of the commitment and determination shown by all the players during the week.

“They fought through many tough battles and the passion for success and willingness to dig deep cannot be questioned.”

A typical example of the commitment, he said, came in Bianca Brown’s match in the final against UJ’s Jennifer Preece when she went down narrowly in five games.

The success achieved by Madibaz during the week was not restricted to the team event, with a number of players gaining recognition at the top USSA level.

Women’s No 1 Hayley Ward was runner-up to three-time champion Alexa Pienaar in the individual final, while Mikayla Boy was crowned the B section champion.

Madibaz supplied all the women – Ward, Brown and Dani Shone – for the three positions in the USSA Best of the Rest team, made up of players not in the championship-winning team.

The women’s team ended second in their category, while Ward, Brown and men’s No 1 Warren Bower were included in the USSA squad from which the team [three men and two women] will be chosen for the World University Championships in China next year. 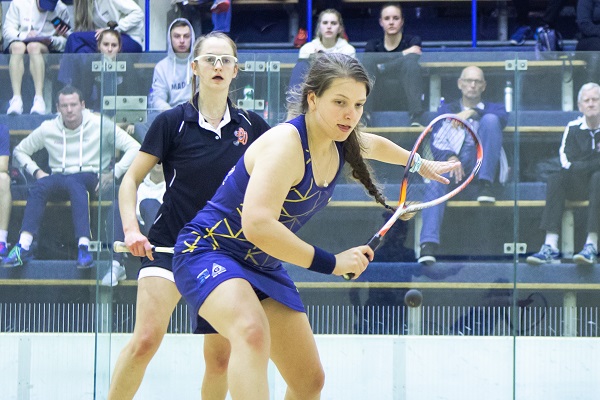