The third event in the annual Encounter Series will be held near Bela-Bela in Limpopo, incorporating a variety of bushveld trails in the Elements Private Golf Estate and the Sondela Nature Reserve.

Route director Mel Meyer said they had done a lot of work on the trails after a heavy rainy season resulted in extensive growth in the region in the build-up to the race.

“For this reason we had to take out a stretch of three kilometres on the first day and one of the lesser climbs, which has made the opening stage a lot smoother,” he said.

“But this is a good thing because the riders will need a bit more energy and power for the second stage, which will have some technical challenges.”

Although the first stage has been reduced from 62km to 59km, Meyer did warn competitors of “a stinger near the end”.

“You need to make sure you have something in reserve for the last 15km because that is a bit tougher. But there will be a refreshment point about 3km from the finish for those in need.

“We have also improved the last kilometre of the first stage, which was rough and rocky but now offers a smoother finish.”

He added that the second day would provide the most technical stage of the race, but riders would still enjoy some “amazing trails”.

“In certain places the rain has washed away some of the ground, so that has created rocky parts which make it a bit of a challenge.

“You will have to keep your best for the second day, but it’s nothing the riders can’t handle and they will have beautiful views of the bush and the animals in the region.”

Meyer said the new single-track sections on the final stage would add much value to the route.

“The Sondela Nature Reserve is famous for its single-track and we have added two new sections – a 3km stretch just before the first water-point and then a further 6km later on in the stage.

“These are really nice and exciting additions to the race and I have no doubt the riders will enjoy that.”

Despite the rain earlier this year, Meyer said the course was in excellent condition.

“The weather is fine now that the rainy season is over, but it is chilly in the Waterberg so riders need to come prepared for that.

“It warms up very nicely during the day and we are confident it will be another memorable experience for everyone.”

For further information, go to www.waterbergencounter.co.za 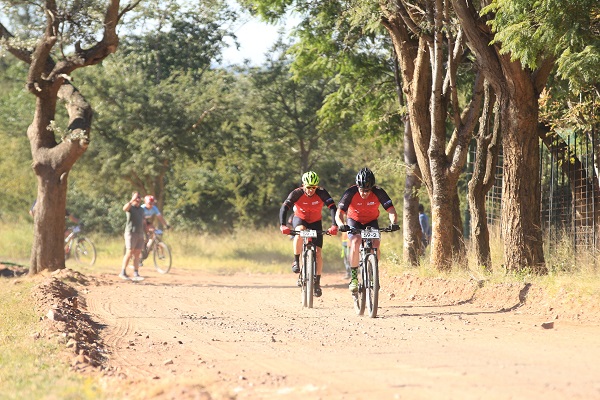 Competitors in the Liberty Waterberg Encounter will face a few technical tests on the second stage when the mountain-bike race takes place near Bela-Bela in Limpopo from Friday to Sunday. Photo: Gerrie Kriel/Twin Productions SA