University of Johannesburg Sports Events manager Niamh Faherty received recognition for her contribution to rowing when she was nominated for the Rowing SA administrator of the year award last month.

Although the award at the annual function eventually went to Virginia Mabaso, Faherty said it was an honour just to be nominated in the administrator category.

Mabaso is the development co-ordinator for Rowing SA.

“The rowing community is a very small one and there are so many amazing people in it who do amazing things,” said Faherty. “To be singled out is an incredible honour.

“I really want to pay tribute to the winner of the category because Virginia is a remarkable lady from Rowing South Africa.

“She works tirelessly to transform rowing and to find talent all around this amazing country. There was not a better person to win it and there is nobody I would rather have lost to.”

A devoted rower during her days as a student, Faherty, who lives in Westdene in Johannesburg, said that although she later moved into dragon boating the rowing bug never left her.

“Once I left university I continued to be involved in rowing as a USSA rowing umpire,” she added.

“Last year I got promoted to a national umpire and I have been sitting on the USSA rowing committee as treasurer for the last two years.”

Besides her role with University Sport South Africa, Faherty plays a part in mentoring clubs on a volunteer basis.

“For example, I have taken University of KwaZulu-Natal under my wing to assist them to find funding, among other things. They are a small club who need some guidance.

“Obviously, UJ is my job and that is where my loyalty lies, so my rowing commitments are done outside of those commitments.

“My focus is to try to help, not only clubs like UKZN, but others where I can to assist in raising the level of rowing to the benefit of all universities.”

In her citation for the award, Faherty was described as someone who had shown exemplary dedication to university rowing for many years.

“This past year [2018] Niamh not only excelled in her role on the USSA executive but also as an administrator for UJ, where she is the sports events manager for a number of sports,” it read.

“In addition to these commitments, Niamh went above and beyond her position to play a crucial role in ensuring that the UKZN Rowing Club was well administered and had clear leadership in the build-up to and during the Universities Boat Race.

“She not only handled the administration for the club but also worked with the student leaders to develop their administration and leadership skills to ensure future success within the club.

“It is important to note that this year [2018] was the first year UKZN were able to field both a men’s and women’s eight at the Universities Boat Race.” 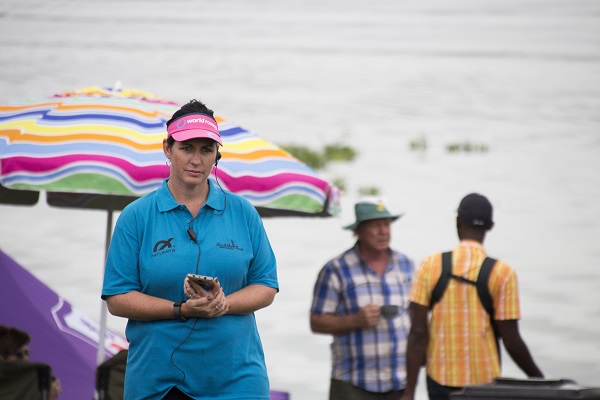