The Madibaz B cricket team relied on a committed team effort to win their section in the University Sport South Africa tournament in the Western Cape last week.

Comprising players mainly from the George campus, the Nelson Mandela University side triumphed in thrilling fashion against Free State University in the pool B final when the week ended in Stellenbosch on Friday.

Hugo Loubser, the Madibaz sports manager in George, said their success had boiled down to everyone contributing at some stage.

Although Hanno Kotze led the way with the bat to be named the batsman of the tournament, he said the team effort from the whole squad was the common thread in their success.

“The fact that in four of the games we had four different players winning the man of the match award is an indication of how everyone made a contribution,” he said.

“During the week the wickets were shared among all the bowlers and at any one time we could call on at least seven or eight bowlers to share the responsibility.”

Before the tournament Loubser said Madibaz B had set their sights, at least, on making the semifinals of their section.

They surpassed their initial goal, with the players showing great determination to defeat the Bloemfontein outfit by two wickets in the pool decider.

After losing the toss and being sent in to bat, the Free Staters were stunned by Lyall Petersen’s 4/24 to be shot out for 128 in 37.1 overs. The match had been reduced to 47 overs a side because of rain.

In their response, Madibaz slipped to 109/8, but an unbeaten 46 from Travis Ackermann took them across the line in the 44th over.

“It was not an easy pitch to bat on and we kept losing two wickets at a time. Their attack did make life difficult for our batsmen,” said Loubser.

“But full credit must go to captain Travis Ackerman, who showed great patience at the crease to take us across the line.

“This was a big stepping stone for someone who was playing in his first USSA week and it meant a lot to him and the team.”

There was further recognition for Madibaz players at the culmination of the tournament when Kotze was included in the USSA team to compete in a triangular tournament involving the CSA National Academy and Emerging Sri Lanka teams in August next year.

In addition, Kenan Smith (Madibaz A) and Levin Muller (Madibaz B) were included in the USSA team which will compete in the Cricket SA Future Cup in April in Kimberley against SA Rural and SA Colts.

The Madibaz A side ended fifth out of eight teams in the top section, comprising the top-ranked sides at the A week. Madibaz B won the pool made up of teams ranked ninth to 16th from the 2017 tournament.

USSA regulations do not allow institutions to have more than one team in the top section, which means Madibaz B will remain in pool B for the 2019 tournament. 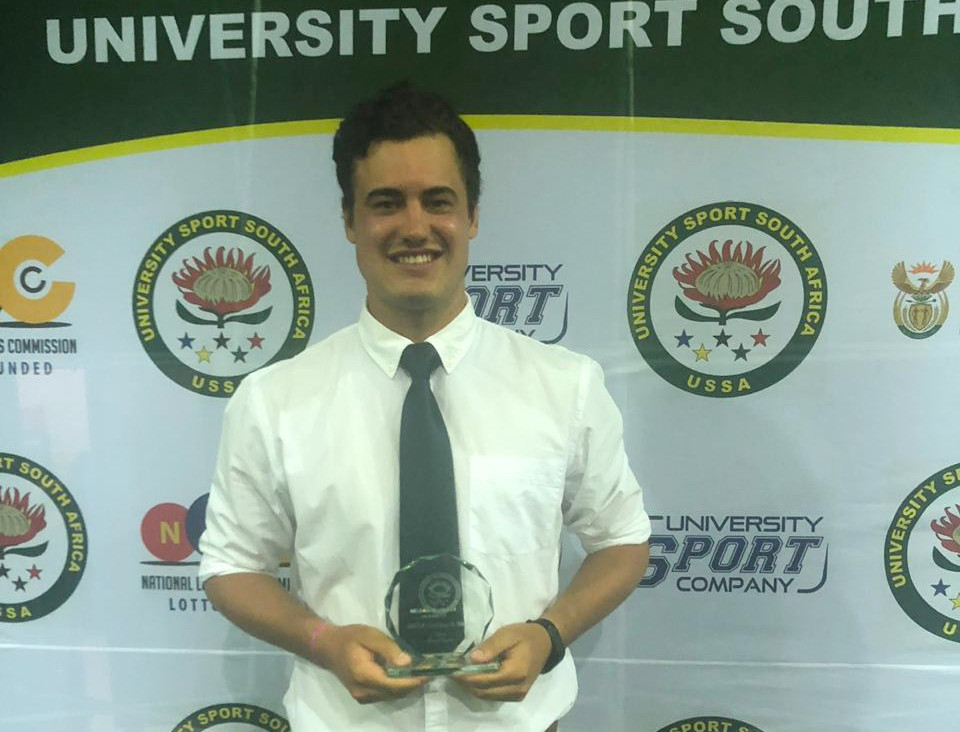 Madibaz B players Hanno Kotze was named the batsman of the tournament at the University Sport South Africa cricket week in Stellenbosch in the Western Cape last week. He was also included in the USSA team to play in a triangular tournament next year. Photo: Supplied