University of Johannesburg coach Dumisa Makalima has called for a concerted team effort when they compete in the University Sport South Africa cricket tournament in the Western Cape next month.

The week takes place in Stellenbosch from December 3 to 7 and UJ will be among eight teams contesting the title in pool A.

The Johannesburg side have ended fifth in the last two tournaments, but there is a definite drive to improve their standing in varsity cricket this time round.

“We are a fairly young team and we don’t have any top provincial players, so it will be a case of working hard together,” said Makalima.

“We know each other well and have a good work ethic. I believe our biggest strength will be to operate as a cohesive unit as we strive to improve on last year’s efforts.”

He added that making the most of their opportunities would be the key to success.

“The big thing is to try to make sure you bat for the full 50 overs.

“I am impressing on the guys that if you make a start, you need to capitalise on that and make the sort of scores that create pressure on the opposition. Scores of 50s and 60s don’t win you games.”

He said that also applied to the bowlers, with their build-up to the week placing emphasis on converting good starts into match-winning performances.

Although UJ are missing the experience of players such as Ryan Rickelton and Delano Potgieter, who are playing in the Mzansi Super League, Makalima is confident his team can rise to the occasion.

“We have a number of players who were in the squad last year and, with that experience under their belts we will be looking to them to step up to the plate.”

The UJ mentor felt that the teams from Pretoria and Potchefstroom would start as the early favourites.

“They have done well in recent years in varsity tournaments, while Stellenbosch have an astute coach in former Warriors player Ryan Bailey, so they will also be a team to watch.

“But I don’t believe we have to stand back for anyone. On the day, if you play good cricket and produce the goods you will always have a winning chance and that is what we will be aiming to do.”

The USSA tournament has further significance for the teams because the top eight sides will qualify for the Varsity Cup, which takes place in September next year. 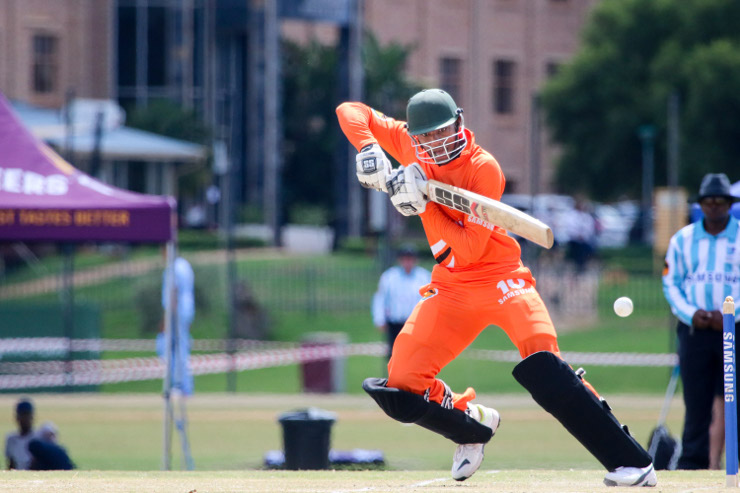 Juan Landsberg will captain the University of Johannesburg team at the University Sport South Africa cricket tournament in Stellenbosch in the Western Cape from December 3 to 7. Picture: Varsity Sports