Habata Agri, one of the leading producers of melons in South Africa, are gearing up for one of their busiest periods as the summer holidays approach.

With 180 hectares of melons under cultivation, the Sundays River Valley farming operation are the major producers of the fruit which is consumed overseas and locally.

Section assistant manager Juan du Plessis said roughly 40% of their yield was delivered to processers, who exported the fruit to the overseas market.

“The varieties that we plant have a good yield and a long shelf life,” he said.

“The crisp taste is one of the best and that makes it popular with shoppers.”

He added, however, that the growing period had not been without its challenges due to a number of factors.

While the rain in the region in the past two months brought relief to many, it was not ideal for melons as they thrive in hot, dry conditions.

“The rain at one stage of the season was not too good because the melon plant is a desert plant,” said Du Plessis. “It does not like water on its leaves and the humidity after the rain.”

He said there were other factors this season which had added to the challenge.

“The cold period from winter stayed on longer than usual, but as we move forward the climate is starting to warm up and that obviously suits the melons.

“There have been strong winds as well which create a sandblasting effect on the plants, but we do cover the seedlings with crop guard to keep them warm and safe from the wind.

“The only issue is that this is expensive, so we cover the first few plantings to get in to the market when the producers in the north of the country finish their season.”

Du Plessis said they were approaching one of the busiest times of their season, with melons ready to reach the market in December. 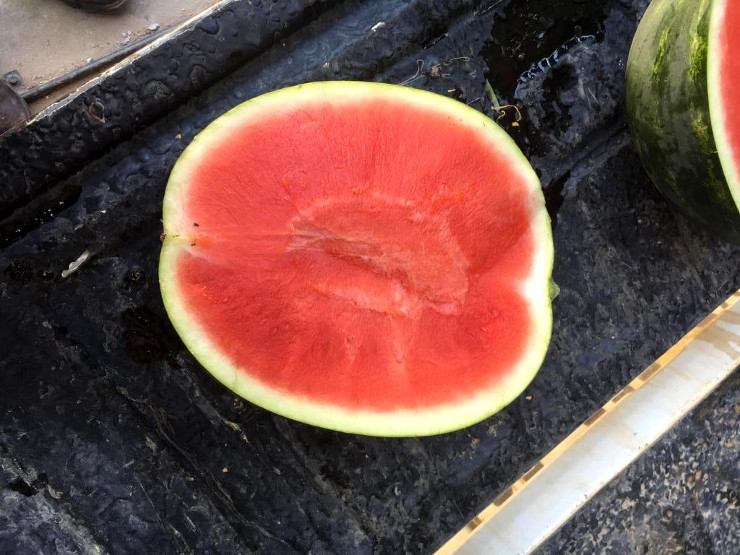 Habata Agri are preparing their melon crop for export and the local market, with the fruit ready to hit the shelves in December. Picture: Supplied