The University of Johannesburg outfit intend to hit the ground running when the inaugural Varsity Basketball tournament continues at the Wits University Sports Hall on Friday.

UJ had a satisfactory opening weekend in the Johannesburg event, winning three of their four matches to leave them second on the log.

There are three rounds left and UJ basketball manager Anton van Rooyen said they would be taking each game at a time, with their initial focus being on Friday’s clash with Vaal University of Technology (VUT).

“As we approach the second half of the tournament we will not look further than our next match,” he said.

“The first game against VUT is vital to our chances of making the top four. If we can overcome that one it will make qualifying for the semifinals much easier.

“That is the big challenge for us at this stage.”

The UJ squad have set themselves high expectations and while Van Rooyen was happy with their opening performances he said the players were disappointed at losing to city rivals Wits.

“For them it is all about bragging rights, so they will want to show what they can do this coming weekend.”

He said the team’s efforts during the power-plays had been integral to their success.

The tournament features an innovative power-play period where for two minutes every point scored counts double.

“The highlight was definitely doing so well in the power-plays where not a lot of points were scored against us,” said Van Rooyen.

“We had to dig deep during the game against UCT, but we managed to win comfortably [77-53] in the end.

“Some of the lessons we learnt were that we need to be mentally prepared for every game and not to get ahead of ourselves.”

He added that they were preparing for more intense competition this weekend as the fight for places in the semifinals intensified.

Besides VUT, UJ will be up against Tshwane University of Technology and UP-Tuks in their final two round-robin matches.

The squad were enjoying the opportunity to experience Varsity Basketball, said Van Rooyen.

“Most of the seniors were very excited because of the long wait and are looking forward to the next challenge.

“The rookies were a bit nervous, not knowing what to expect, but they will be better prepared mentally for the second half of the tournament.” 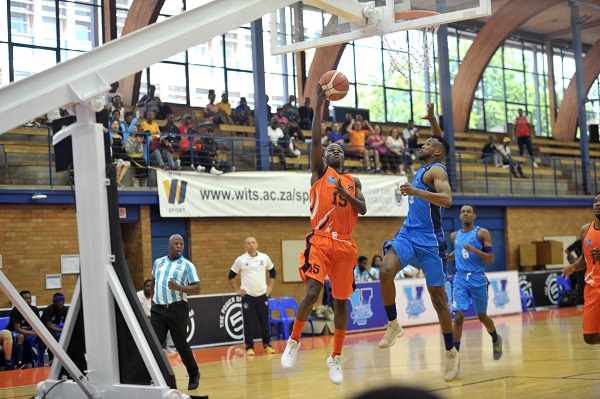